Uncontrolled wild fires are a major problem in Southern Africa. These veld fires kill many humans and animals, and destroy infrastructure and tens of thousands of hectares of grazing, crops, and environmentally sensitive areas every year.

The FireBreakNet project aims to develop low cost, easily deployable wireless environmental sensors that can provide early warning in the event of veld fires. This would allow farmers, fire fighters and game rangers to respond quickly and efficiently to fires as soon as they start, preventing major damage and loss of life.

Out of control wildfires can be a major problem worldwide, and especially so in my native South Africa. Between 2010 and 2014, a total of 118 952 veld, forest and agricultural fires were reported in South Africa, with estimated financial losses of R 194,653,000 (US $ 15,000,000). There was also a increase in reported incidents of 68% between 2010 and 2014. Although newer statistics are not available, the number of incidents during the drought of 2015-2017 (the worst in decades) will probably be even more shocking. In many cases the causes are unknown, but where it could be determined the top causes were human negligence, arson and lightning.

Fire fighting services are severely lacking in resources and manpower in South Africa, so farmers and farm workers are often left to put out fires themselves, with their own equipment. Farmers often struggle to make ends meet financially and receive little or no help from the government, so the expensive commercially available fire detection systems are simply not a viable solution for most.

If veld fires can be detected early enough while they are still small, they can be extinguished early, thereby preventing major damage to grazing, ecologically sensitive areas and infrastructure and possibly save the lives of people and animals that would have been caught in the path of the fire. The sensors nodes can be deployed easily to vulnerable areas and provide constant environmental monitoring.

To be viable, it would have to meet the following requirements:

Each node would consist of a range of temperature, humidity, gas, particulate and optical sensors that would detect the presence of smoke and/or flames. This combination of sensors would most likely be required for accurate detection. The nodes each connect to a collector via a long range Sub-Ghz radio connection. 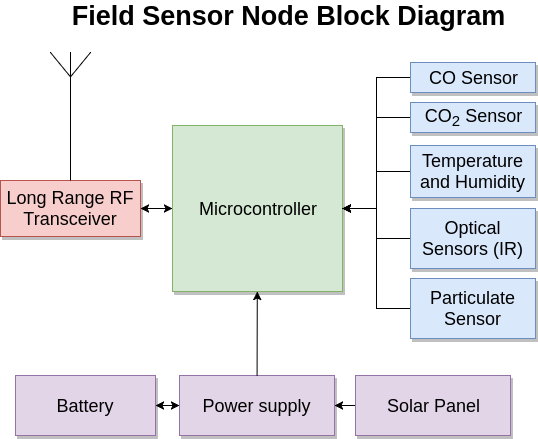 Each of the collectors (which can also be sensor nodes) then send their data to the cloud, either through a central hub, or directly via a GSM connection if it is available in the area. Remote end user devices can then view the data from the cloud, and receive fire alerts. 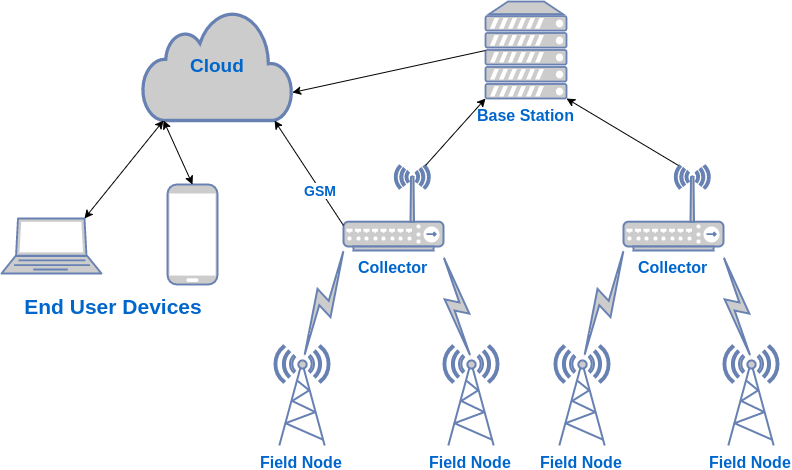 I live in Greece so I do have a great experience of what a forest fire is.Came up with the same idea and during my research bump into lackaday article of your project.Would love to contribute

I'm also from South Africa and based in Stellenbosch. If you'd like to grab a beer and chat about a few things - let me know. I have a couple of ideas for the transmission/micros.

Congratulations on being one of the Internet of Useful Things Hackaday Prize Finalists! Carry on the good work.