When prototyping projects I get tired of hooking up even the simplest things very quickly (for example a tact switch with pull resistor). Therefore it doesn't take long until I make it somewhat permanent by putting it on some perfboard. In this project I want to share the prototypes I've built as well as schematics and board layouts for more polished versions.
I've combined most of the boards into a panel that has most of the basics to get started with microcontrollers and shouldn't be too hard to solder. You can get the PCBs in a pack of around 10 pieces at the link to the DirtyPCBs store in the external links section.

So far this project contains the following boards: 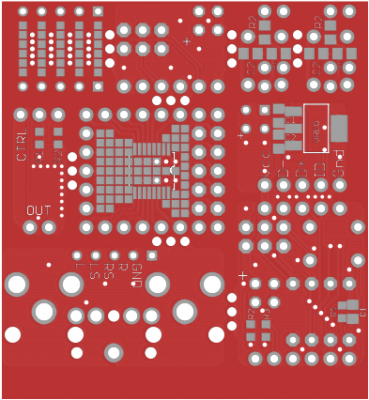 Available in the DirtyPCBs Store 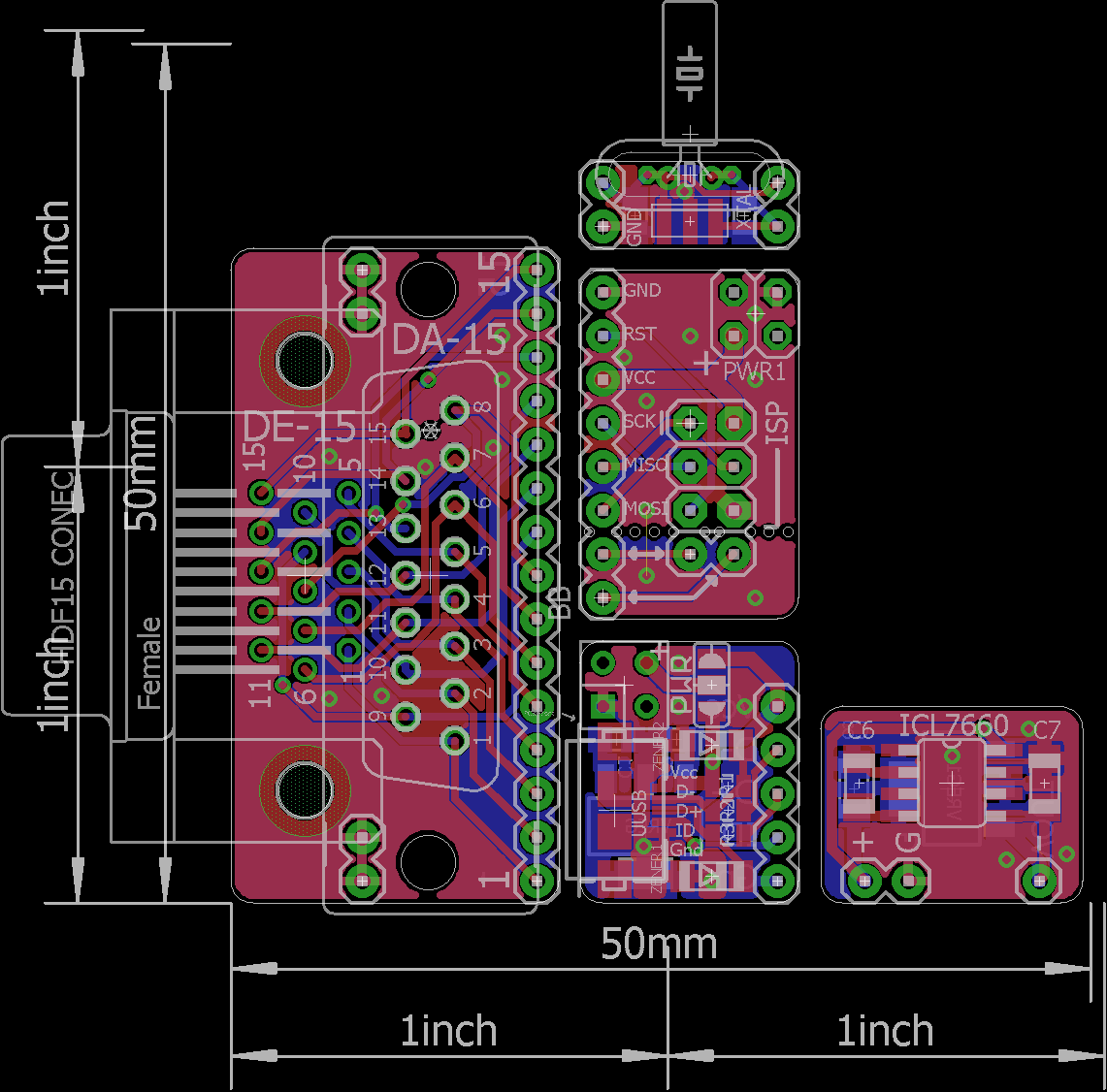 Awesome. I've started making my own lately, should probably make a project for those as well (especially since I'm using them for debugging the buzzwatch)

Yeah, I'd love to see what your take on this is!

Hi Stefan, love what you are doing with the breadboard widgets. :) Its a fantastic concept and surely should get more prominence in the times ahead. I recently heard Massimo Banzi talk about Project Eslov (https://blog.arduino.cc/2015/09/15/ars-electronica-were-back-with-eslov/) and Object Oriented Hardware and he talked at length about how modules and widgets approach will change the hardware in the future.

Wanted to share a project of my own: https://octopart.com/common-parts-library/prototyping
There are several platforms and development kits there. Any ideas on what you might want to see there?

Thanks, I'm glad you like it! Back in October this project got quite some attention when HaD.io and HaD tweeted about it so I think I already had my 5 minutes of 'fame' ;)

At the moment progress is a bit slow but I'm still working towards putting together another panel.

Project Eslov reminds me lot of littleBits but obviously those have an entirely differently goal from this project. Modules like those (and the accompanying software) sure make it easier to get started with electronics but in the case of littleBits I think that the price is another barrier of entry. However, it will be interesting to see what becomes of Project Eslov.

#Common Parts Library looks really interesting, I'll have to check out the Eagle library some time soon; I'm always using parts mainly from the Adafriut, DangerousPrototypes and SparkFun libraries so having all parts in only one would be a nice change. I might have some suggestions but I'll leave those in the comments of your project as this reply is getting pretty long ;)

definitely way better looking then what I use, but I am just getting started with this concept: https://hackaday.io/project/9305-breadboard-extenders

Nice project, I like that the resistors are changeable. You might have seen that some of my first prototypes were initially made on perfboard as well and only later I ordered PCBs.

I know I can do it myself but why bother if it exists already ?

I've been meaning to do a QFP/QFN breakout that could go on the back. Any suggestions for the pin headers? To be breadboard compatible I should use two 1x22 headers but that seems a bit large. Two 2x11 headers with one of the rows populated with female headers might be an idea though.

I've uploaded a first version to the repo. Not completely happy with it but it's a start.

It's just a generic breakout but if all the SRAMs have the same pinout it would be worth making a special breakout for them.

AFAIK, TSOP II 44 is used only for asynchronous static SRAMs and it's a JEDEC standard so I don't expect surprises. You can add the special/weird power supply crossing tracks in the middle, with a pair of 0603 capacitor soldering pads :-)

Your layout is nice, not great for solderless breadboards but I use solder so I could use it :-) I wonder however if your clearances are too tight, I use 150µ rules with 300µ drills.

Unfortunately I don't have time now to work on this, but I'd love to, as soon as my work in Denmark (http://diaskunsthal.dk/yeti-tv-a-bouquet-of-pixels/?lang=en) is finished. Remind me in february :-)

Would some of those 100 pins TQFP boards on aliexpress work for you?

They are doubled sided with 0.8mm and 0.5mm on the same PCB.  Just hope the stubs isn't too bad for you.

It does not look suitable... I tried aliexpress and had several misfortunes.
I have found a suitable TSOP II 44 adapter board on eBay but the price is pretty high :-(

Those are some good pointers! I implemented a few in v2 which is now in the repo.

To make this design compatible solderless breadboards I thought you could use female headers for the inner two 1x11 headers. I used DirtyPCBs design rules which are 5mil/127um min spacing and 12mil/300um min drill size I think. For the generic breakout I wanted the traces to be as wide as possible but for a more specialized breakout I could decrease the width of data signal to increase clearances. Do yo think it would be worth it or more useful if the data and address signal went to opposite sides of the board and possibly were in the right order?

wow you are suggesting me awesome improvements :-)

separating the address, control and data lines is a great idea! (marking them is even better).

Order of the address and data lines is not critical, as long as they remain the same during operation (so datum X goes to address Y and not another). This eases routing :-) 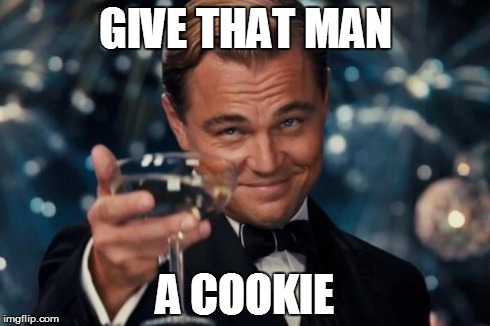 Would be cool to add some other annoying pin layout footprints - I've designed (will be my first ever PCB etch) a breakout like this for the DE-15 VGA connector, so I can play with R-2R resistor DACs before making a DAC board. Soldering bare wires onto the backs is a PITA. DB9 for serial/joystick ports would be cool too for the same reasons. I'm planning on using these with cheap FPGA boards to prototype stuff.

Great idea! I've wanted to do something along the lines of @CNLohr's www.youtube.com/watch?v=EfBwz_SiK8s for a while or just tap into the i²c interface that's on a VGA port.

Naturally I tried combining DE-15 and DB-9 on a single board but the first attempt wasn't too promising. I'll probably switch to a part with smaller pads and also try to incorporate a DA-15. Have you uploaded your design somewhere I could take a look at?

I haven't yet, but certainly can. It's just the RGB and h/v sync pins currently - very simple. The next iteration was going to be a combined PS/2, VGA with DAC, and serial with MAX3241, but that doesn't really fit with your building block approach (which is awesome). Also, check out this similar project, already on h.io: https://hackaday.io/project/5033-de0-nano-fpga-to-vga-output

That sounds pretty cool. In regard to generating images on a MCU or FPGA I'd probably go straight to digital interfaces to make use of the LCD panels I have.

I've thrown together a breakout for DE-15, DB-9 & DA-15 that you can check out here: https://github.com/stefan-lochbrunner/breadboard-widgets/tree/master/DBx breakout. I'll probably pretty it up a bit more and write a log about it soon(ish).

Since it's a dual layer design it probably won't help you with your design though.

What is a DA-15 used for? Or is it just that it kind of comes "for free" once you add the DB-9-pitch pins? The only things I can think of that use that connector are pretty ancient - 10base2 ethernet and original analog IBM PC joysticks!

Yeah, it kind of comes for free. Since there are already 15 pins from the DE-15 I thought I might as well use a DA-15 for that spacing even if it makes placing the DB-9 a little harder. Analog joysticks are the only thing I could think of, too. It's a niche for sure but might come in handy some day.

Cool!  This really scratches an itch for me.  Love the switch module, so mundane but jamming a little Omron button on a breadboard has always been flaky.

Thanks! I made the version on protoboard quite a while ago but thinking back I remember those switches being somewhat annoying. As I said in a log, those widgets are the result of my laziness and not wanting to have to deal with just a button for way too long. :)

I'm definitely going to need to make some of these for my #Pi/Arduino Prototyping station!

Thanks! I'd be happy to send you a panel if you have some cool stuff to trade :)

I will have a look and see what I have to offer :-)

Where did you order that panel? Some cheap manufacturers (itead, seeed) don't like multipanels separated by milled paths.

I ordered it at DirtyPCBs. Considering that the PCBs already shipped the board house didn't seem to mind the milled paths.

I ordered the PCBs for #Pro Trinket USB Keyboard there as well and was really satisfied. Shipping to Germany took quite a while but at their prices I can't complain.

Creating a double-sized Teensy 3 to allow easy access to the pins that aren't reachable on a breadboard.
Project Owner Contributor

Didn't like the metal necklace, so PCB art was the way to go.
Project Owner Contributor