DIY System on Chip based on FPGA, priced below 5 USD

DIY Yourself System On Chip, at below 5 USD pricing, hacking friendly, small and low power.

Can be used "custom IC" when the FPGA OTP internal NV memory is burned or as coprocessor or accelerator for slow microcontrollers configured over SPI interface.

You might have hit that point when your microcontroller peripheral just doesn't have exactly the features you need: 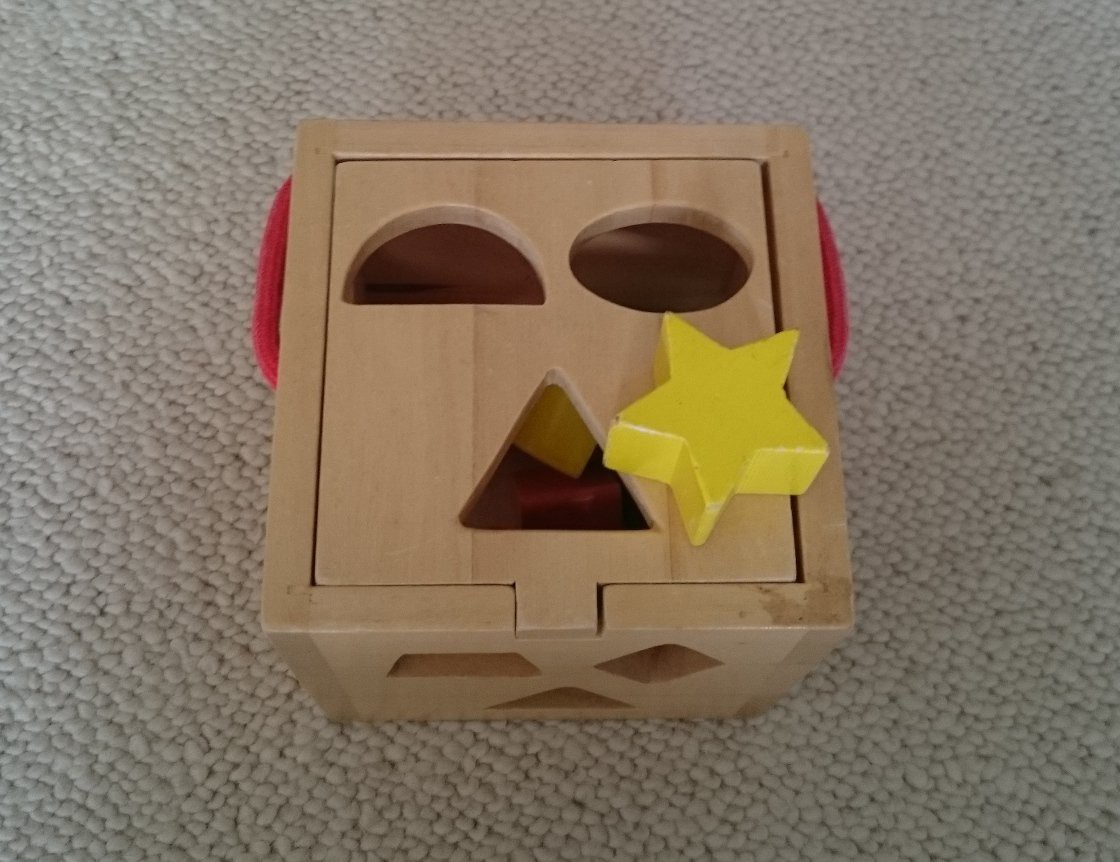 Dipsy comes to the rescue! 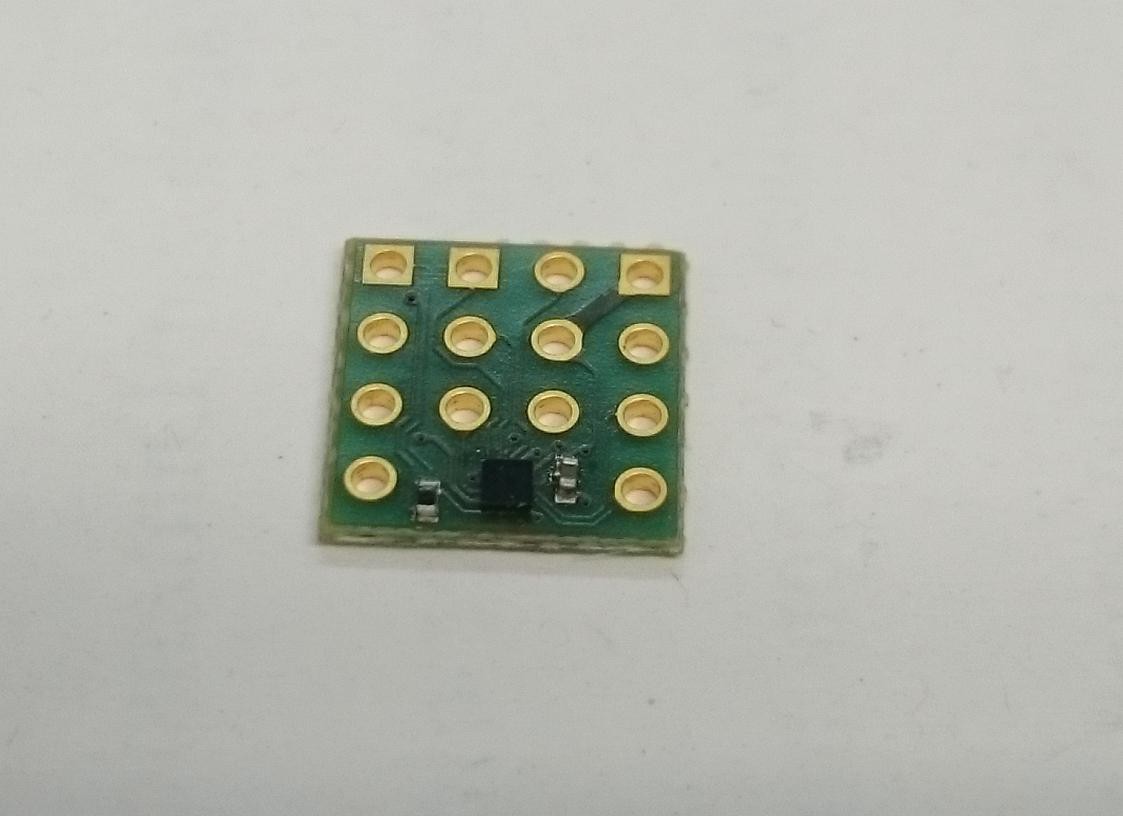 With 1284 logic cells, 7 kB RAM and a few extra goodies in this tiny package, it's the perfect addition to your already breadboarded prototype, and it can also be integrated into a pcb using simple pin headers.

Learn Verilog or VHDL with dipsy. Large FPGAs can be quite daunting, like this thing: 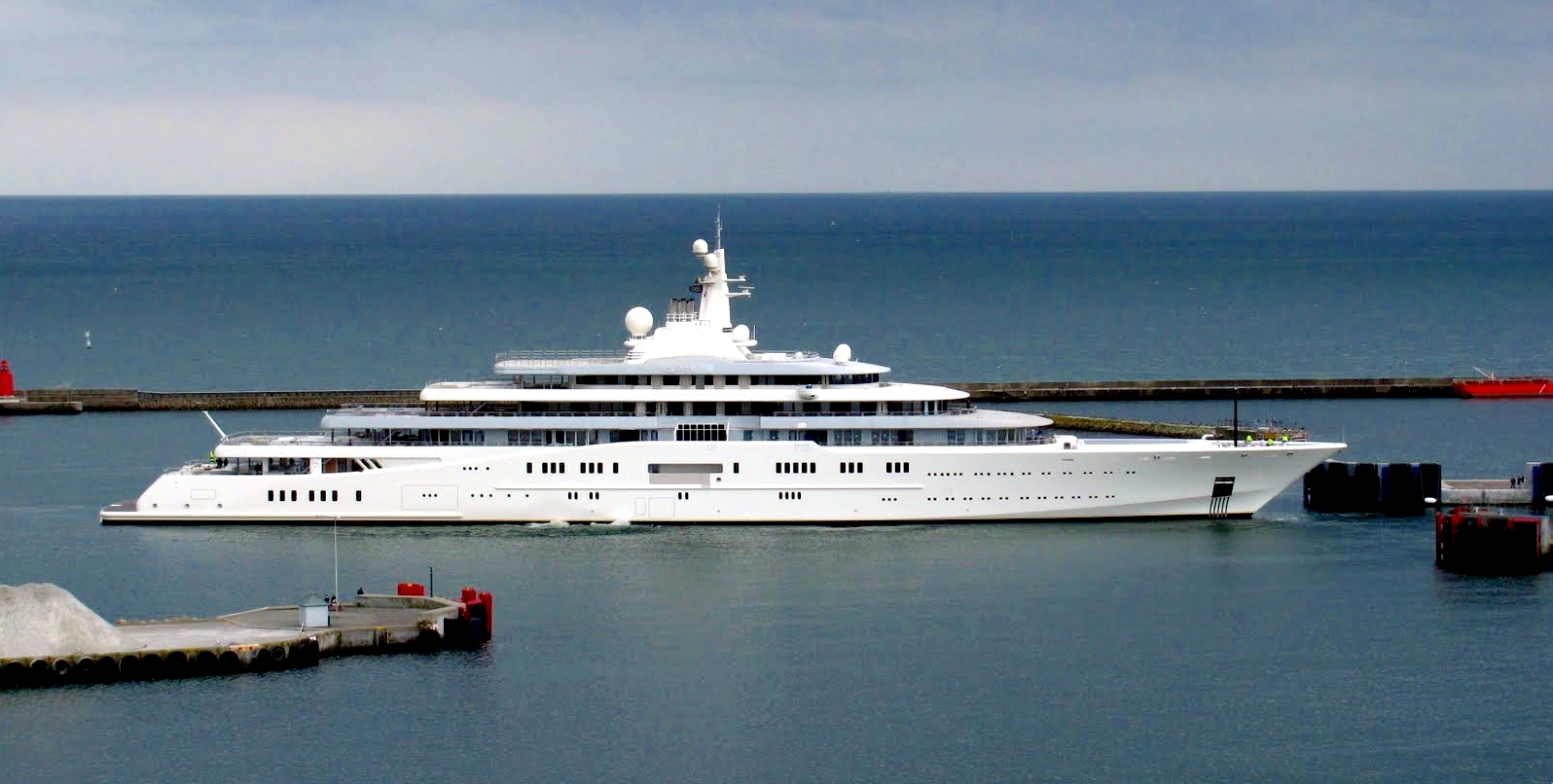 and usually come in huge packages you don't really want. Dipsy is more like: 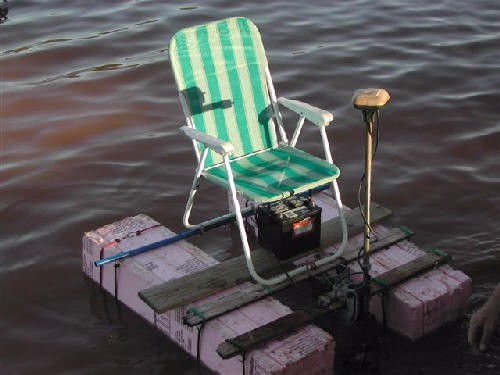 You'll quickly know your way around and the probability of meeting someone you don't even know is significantly lower.

What do I get with dipsy?

What can it do for me?

It's the perfect addition to your project when you don't want that huge FPGA, probably in a QFP144 package, with a million logic tiles when everything you need is a custom device with a few PWM channels or something similarly simple:

How do I develop software for it?

Compile your mixed Verilog/VHDL design with Lattice's iCECube 2 software. If you want you can also use other software (like Xilinx's Vivado) to develop and simulate you code first: 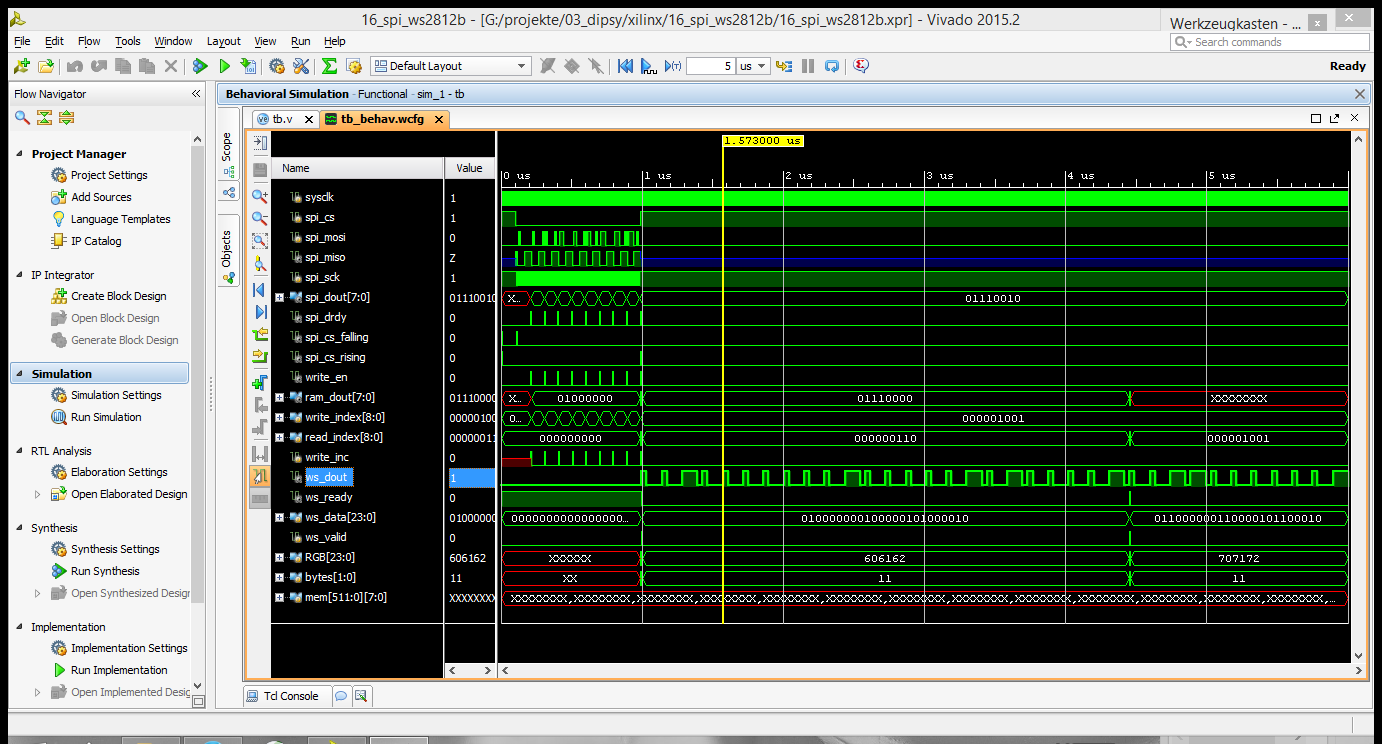 Do I need anything special to program it?

Absolutely not! A binary configuration for dipsy is less than 32 kB in size, so you can include it in your arduino sketch, or store it in an external EEPROM or SD card if your microcontroller doesn't have the extra flash space. dipsy can be configured with a simple SPI interface, and we even have an arduino library for that!

What if I don't use arduino?

No problem, it's easy enough to port to other environments and languages. We have tested dipsy with

We're also working on a tool to program dipsy with USB<->Serial bridges.

The configuration is stored in

The first option is easiest for prototyping SPI slaves, and we currently recommend that - it's also what our arduino library does.

We also have very basic examples, starting with the classic blinky, to get you started with this FPGA board!

All components (FPGA, voltage regulator and three passives) on the dipsy PCB are smaller than 2mm. We give you those five grains of sand to 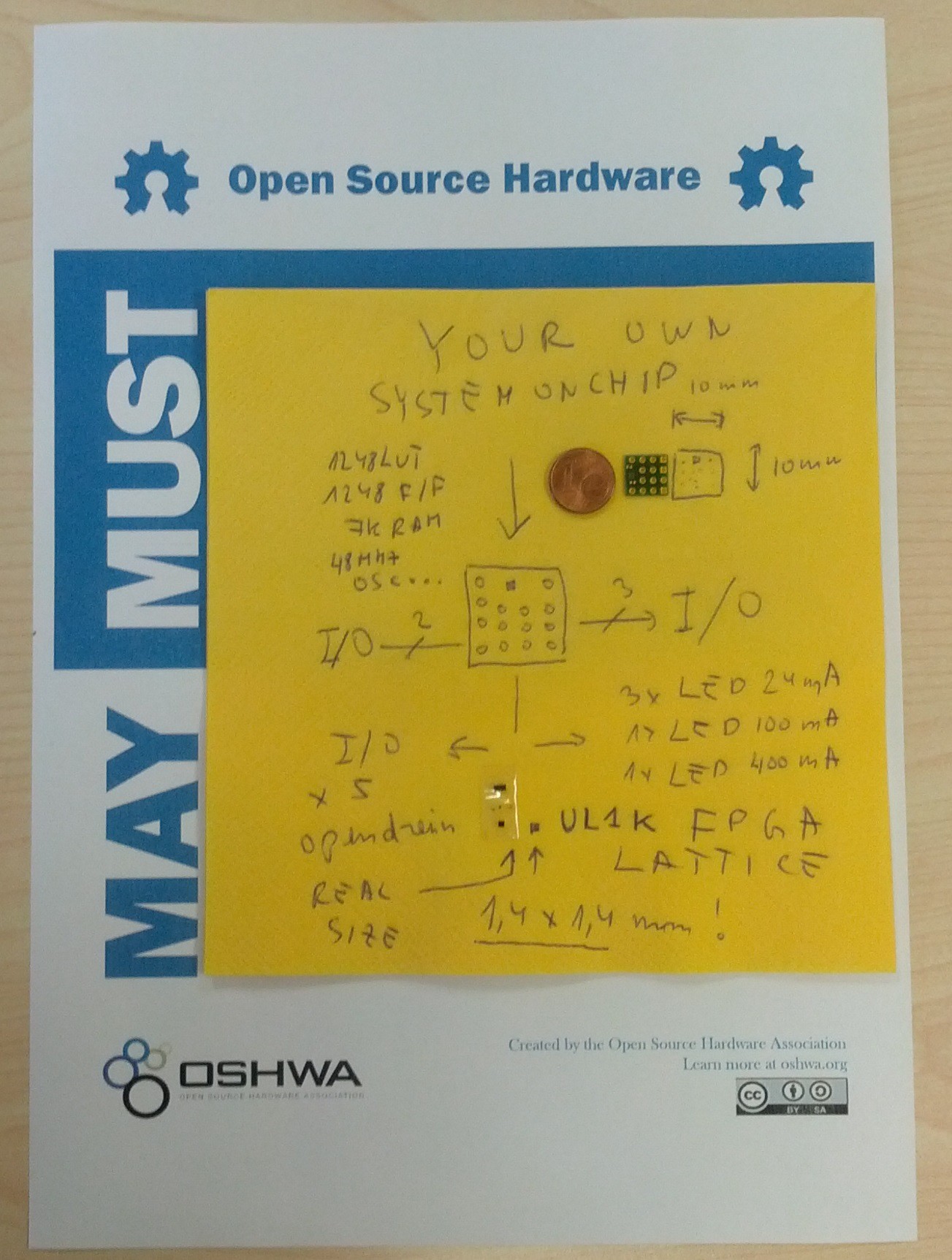 The hardware license is the most important one, there are many tools and utilities and IP Cores that may have different or undefined unknown license. It is not possible to document all those use cases.

As example, the set of tools that makes the open-source FPGA toolchain is a mix of MIT, GPL, Public Domain and "missing" licenses.

AVR Basic Compiler - is fully copyrighted by Antti Lukats, but has been released under several different Company names in the past, and possible will be released under some new...

Who was the PCB manufacturer ?

I really doubt that you are going to be able to fit an mcu in a thousand LCs. Might i suggest this product with 5K LEs for about $14..... is also easier to hook up to a breadboard, etc..

Great looking project. Any update on how or when I can buy one or two?

I'm aching to buy and play with some of these...

is a new batch planned or available?

Can you make the synthese results available for the avr in the smallest ice ?

I just joined hackaday.io because of this project. How do I get one (or many) of these?

Just like me :-)
Antti is extremely busy these days and I haven't received mine yet. Most of the DIPSies were stolen in a train, look at the log archives.
There was a campaign there http://igg.me/at/DIPSY but I suppose it will also appear there http://shop.trenz-electronic.de/ someday, when he runs a new batch.

Great meeting you in Zurich. So sorry to hear about your stolen backpack. Even though I am slightly desperate to get a Dispy, honestly: I did not do it! :)

How hard would it be to lay these in a grid for distributed computing?

What do you have in mind ?

distributed computing.  A lot of processing and not much ram spread over hundreds of nodes, rather than one massive CPU bottlenecking the pipeline.

Well this depends very much on your problem but in all the cases, a single-chip, like a larger FPGA, is more efficient because communication is always what kills performance. I/O consume most of the power and decrease the actual bandwidth since computations take place so fast onchip.
You can put many tiny cores inside a decent FPGA that is cheaper than all the equivalent DIPSIES and it will be faster.
For an ASIC perspective, look at Chuck Moore's GreenArray :-)

it is easy to arrange them in array so that all nodes can be recpnfgured with different hardware dynamically - sie of each "node" could be very small on PCB 2x2 mm per node :)

I really want some of these

we start shipping some next week, but we only have the "hand made ones" so not so many yet, full production coming up

How do i order one?

can we order already a few board to do some evaluation and tests ?

Did you the board in 75um track with ?

Hi I have as of today only 1 working unit I could send. PCBs and components we have more, but I am not sure when exactly and how many we will assemble.

We have some boards now, we test them and ship then

Hi we are in the process of defining the final pinout for DIPSY module, DIPSY addon and DIPSY socket, there are some consideration that made some small changes to the relative placement of some pins.

One could use a matrix of Dipsy-s fitted with RGB leds to implement a colourful version of Conway's Game of Life (http://www.math.cornell.edu/~lipa/mec/lesson6.html). I think it woudl be cool to fit DIPSY with an SPDIF receiver combined with digital signal filters in order to drive RGB leds on a Christmas tree to the rhytm of music.

I am trying to answer: I used heavily modified core originating from jesus@opencores, I think he was an swedish guy who disappeared from public long time ago. I did modify the instruction set a bit, to implement FAST input output. This modified core was used in some real products also, one such use was in Actel A3P60, where I implemented "paging", so the AVR had one fixed and one page for "dynamic overlay", if execution had to jump to page not currently loaded, it did special jump to first address of the dynapage, with reference to absolute address in SPI flash. This jump caused the page to be pre-loaded. This product was selling in 100K+ qty ASFAIK, maybe more as it got cloned in china.

Executing directly from SPI is also possible, but I have not made such version, yet. I have been playing long time with an idea of soft core that is optimized for direct execution from serial media, some research and pre-work done, but no promises of any kind.

The only gotcha is that the FPGA onchip memory is OTP, so it should either be loaded by external CPU over SPI, or from external SPI Flash, in both cases the SPI pins are user defined IO after bootstrap. Or then fixed configuration is burned into OTP.

One idea is that if we want the module to have some FIXED function that has to be burned into OTP, we add some known tested good usable "personality" along our custom design. So after that the FPGA would check at boot up, if it switches to our code, or to the other personality. In such case the module would still be valuable and usable even if the code we burned into is not good, or not usable for us any more, we would just select the other personality, and could still have some use of hardware.

One example of the "know good personality" could be small soft-core that bootstrap its code from external i2c eeprom. Or then SPI slave peripheral for LED control.

Antti, can you tell more about the AVR port?

1280 LUT's is sufficient for small soft-processor, so you are not limited to pure hardware design, but can create customized soft-cores that use your own peripheral IP core, or the hard-ip block in the ice ultra. I have old code that was workin in ice65, optimized AVR core with simple fast GPIO, this all can be used or re-used.

If going back in history then this FPGA is 16 times large than the first Xilinx FPGA's (XC2064), plus there are 14 small dual port RAM blocks, and two internal oscillators (10KHz and 48MHz).

This design is I/O limited and hard tailored for minimal size and max I/O at lowest possible self cost price, all components (except PCB) cost with digikey pricing below 1.50 USD. This is pretty amazing.

Caveat: if using DIPSY as "SPI peripheral" then as I/O we have 6 pins only. When using external SPI flash for booting, then we have max 8 I/O (2 are shared with spi miso-mosi). Only when the internal OTP configuration memory is blown we have all 10 I/O pins fully usable.

Still at this size and price, its not that bad.

On my personal project there is pic from the ice65 stamp that has FPGA of similar size, and does run Basic programs on the embedded soft AVR soft-processor core.

So then, when implementing e.g. an AVR... would you use a portion of the RAM for program-memory? That, then, would be loaded from an external SPI flash?

If you have access to the avr core, why not modify it to pull instructions from an external spi flash? Im sure it wouldn't be terribly complex. you may even be able to support spm instructions. Just deal with the added instruction fetch time.

Ahh, right... entirely doable, probably, in an FPGA. These things are an entirely new concept to me. Clever.

Pavapro is tiny programmer you can bring anywhere. You can load binary file into it and bring/use it as you wish. And a bit more than that.
Project Owner Contributor

The CAT Board is part of a Raspberry Pi-based hand-held FPGA programming system.
Project Owner Contributor