Clock built from Soldering Practice board for Clocks for Social Good

Amanda and I are working on this junk-bin clock build as part of the Clocks for Social Good.

It uses a modified SMD Soldering Practice board, along with an ATmega168 using a clock crystal for an RTC, plus a few buttons.

Spent about 90 minutes on it last night. Just need to implement the RTC ISR and Button code and I'll document the rest of the build at that time. Above is the completed clock design. There are four blue LEDs, one at each corner, which I've labelled for Hours-Ten, Hours-One, Minutes-Ten, and Minutes-One.

Every minute, or whenever you press the "show time" button, the clock will read out each digit. You can see the circle of read LEDs has one pixel maked as "0". Clockwise from there it counts up to 9. The image above doesn't have a blue LED lit, but is showing the "4" digit left over from displaying the Minutes-One. This is better illustrated in the video. 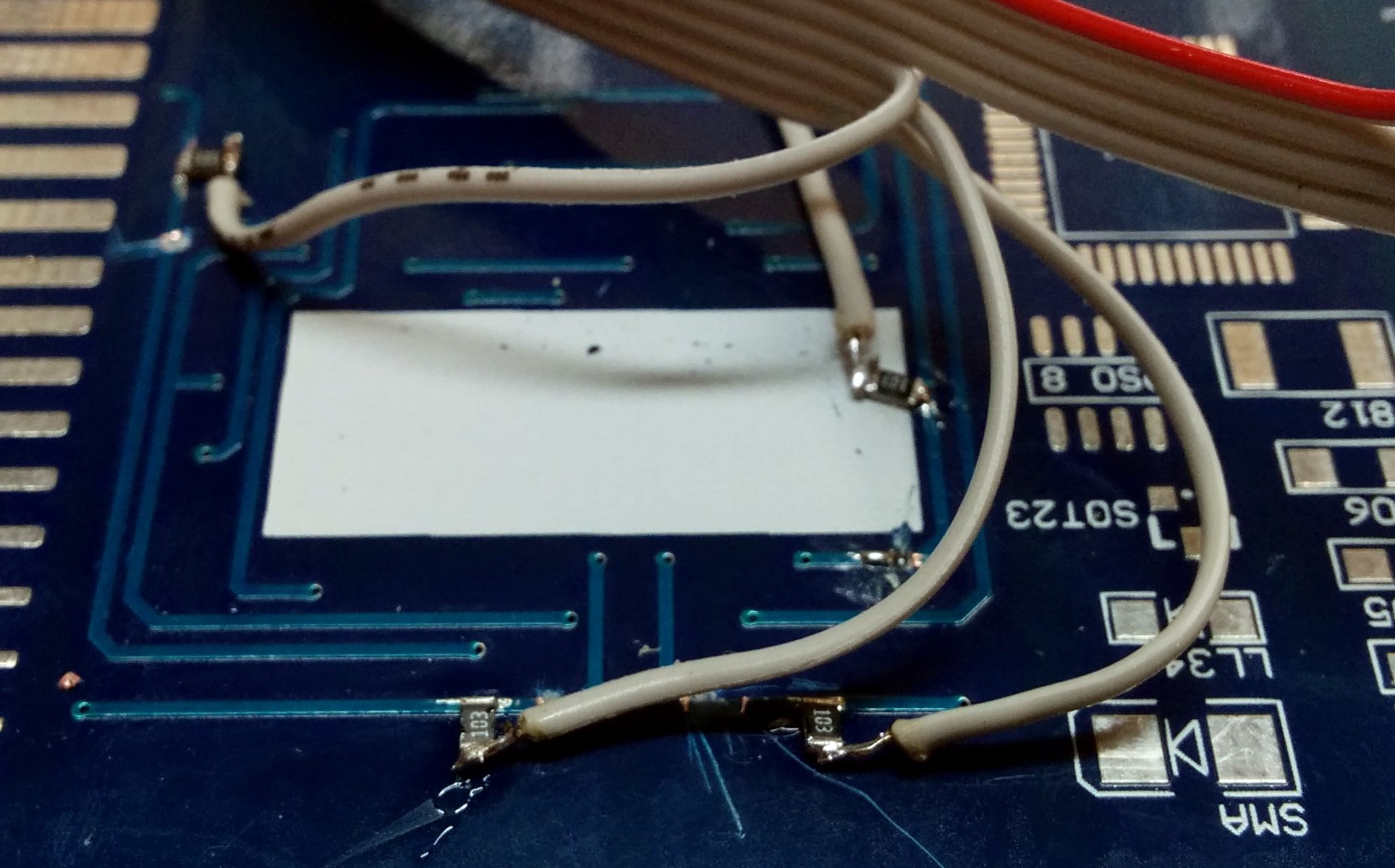 To make the board work with my needs removed the base resistors for each of the blue transistors from the front of the board. These traces are routed on the underside, so I cut each track, added the resistor there and patched it to the microcontroller using ribbon cable.

The 4017 decade counter that runs the red circle of LEDs is setup in an unknown way. I wasn't able to get the reset line to work, so instead I just added a sense wire that checks when one LED is illuminated. 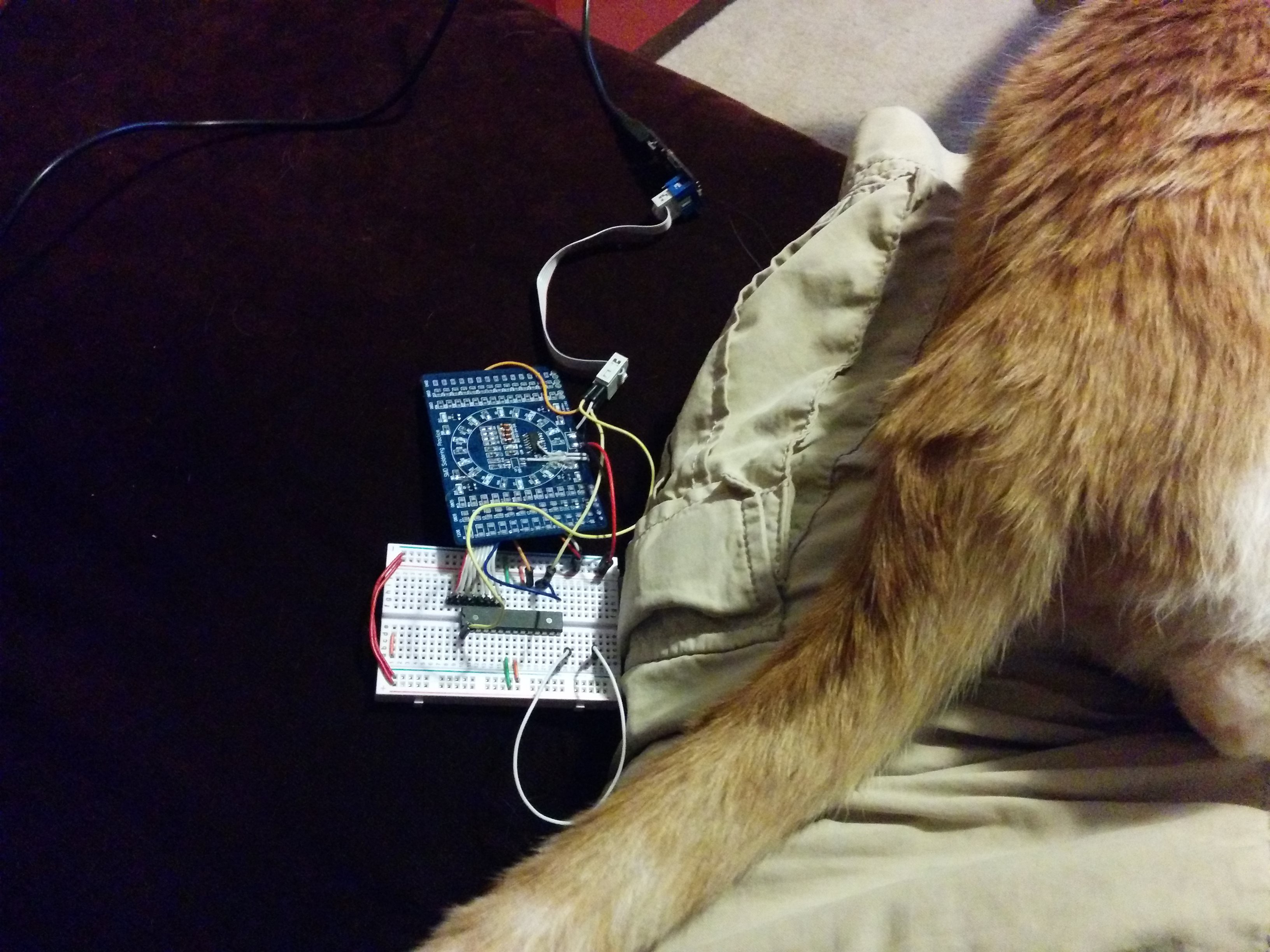 Word Clock on a Scrabble Board using addressable LEDs and an Ardu Nano.
Project Owner Contributor

When I found this multi-digit LED board in a surplus store, I knew I had to not only reverse-engineer the pins, but make a clock with it.
Project Owner Contributor