Aeroponic All-year Greenhouse on a Budged

My adventures in Aeroponics are now in V4.0

After some experimenting with greenhouses i decided to use the short summer in my Area and grow Tomatoes on my Balkony with a Homebuild Aeroponis System. It had multiple itterations and this year i tryed to be simple. This way, there is less ways an error can occur.
The biggest upgrade i needed last time was PH control. The nutrient Solution of the Plants grew Algae really fast and these Algae changed the PH of the Solution.
So i decided to use a PH sensor, an Arduino and peristaltic pumps to keep the PH level at a desired level.

I startet by digging a hole about 30cm deep in the Ground, because i wanted to use different Soil. The natural "Dirt" in this area had a lot of sand and would hold water pretty bad. 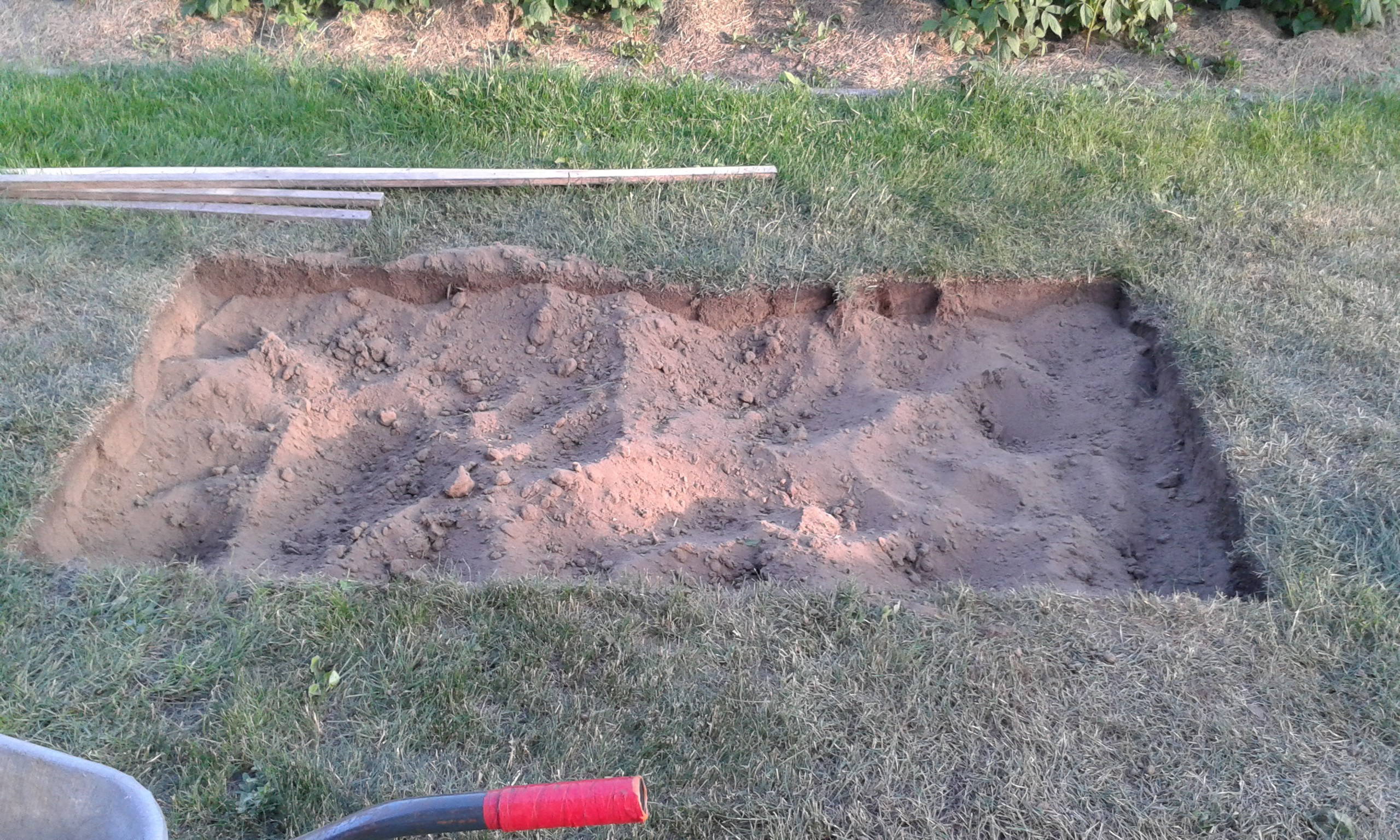 Unfortunatelly, i did the hole Greenhouse in one Weekend and didnt take any Photos. So i give you V1.0 For the Frame i used the cheapest wood i could get at a local Hardware Store. The Outer Layer is Fiberglas reinforced with epoxy.

-its a pian to work with

I started with stainless steel Screws, to prevent rusting. But i didnt buy enouth, so i had to use regular iron Screws, wich startet to rust within 2 weeks. not great, but it was suppost to withstand nature for only one Summer.

For Ventilation i could Flip Open the Top part and i left a hole in the side for acces to my plants. 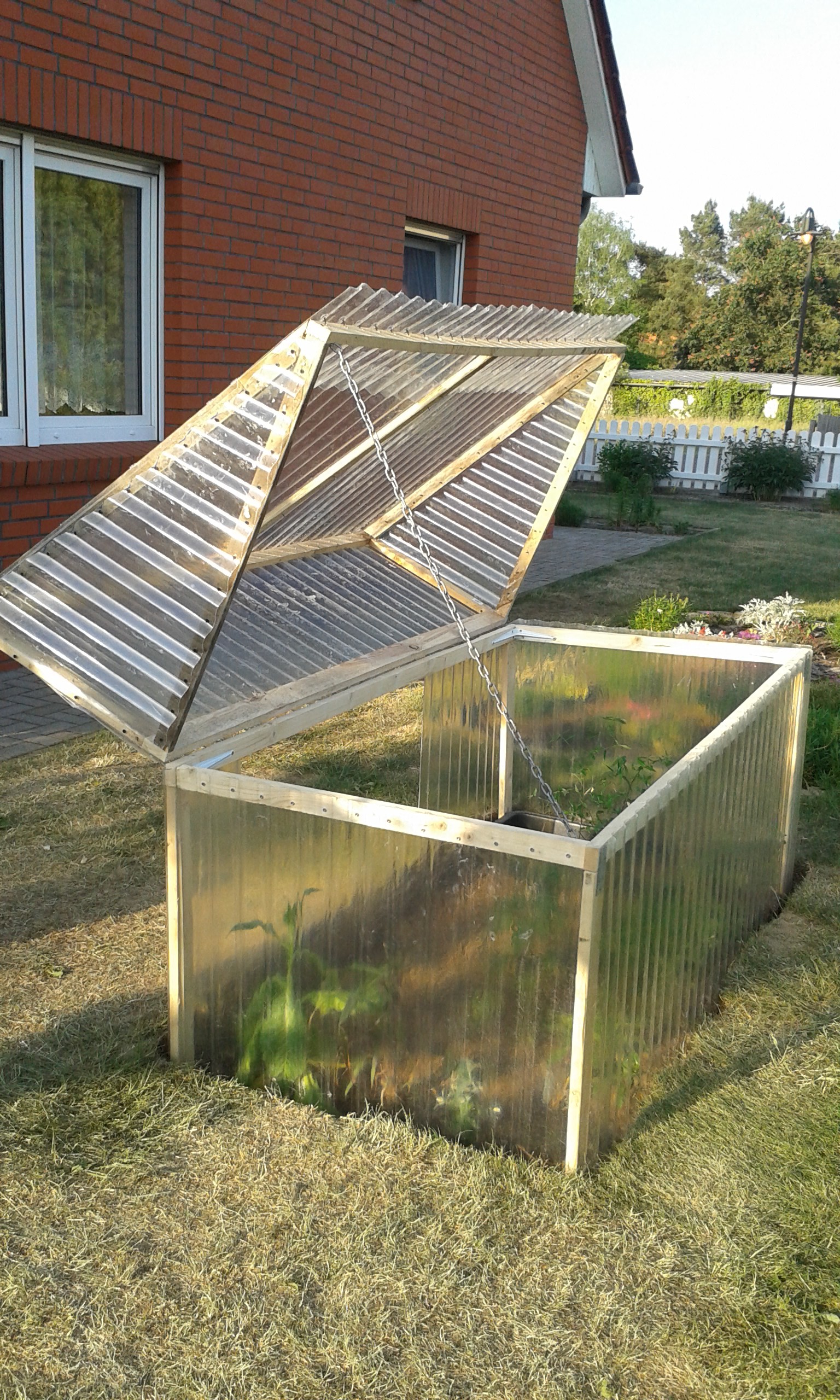 I bought 500 Liters of Growing Soil and placed my Plants. The Bamboo is in a Plastic Container , to prevent it from spreading all over the garden. 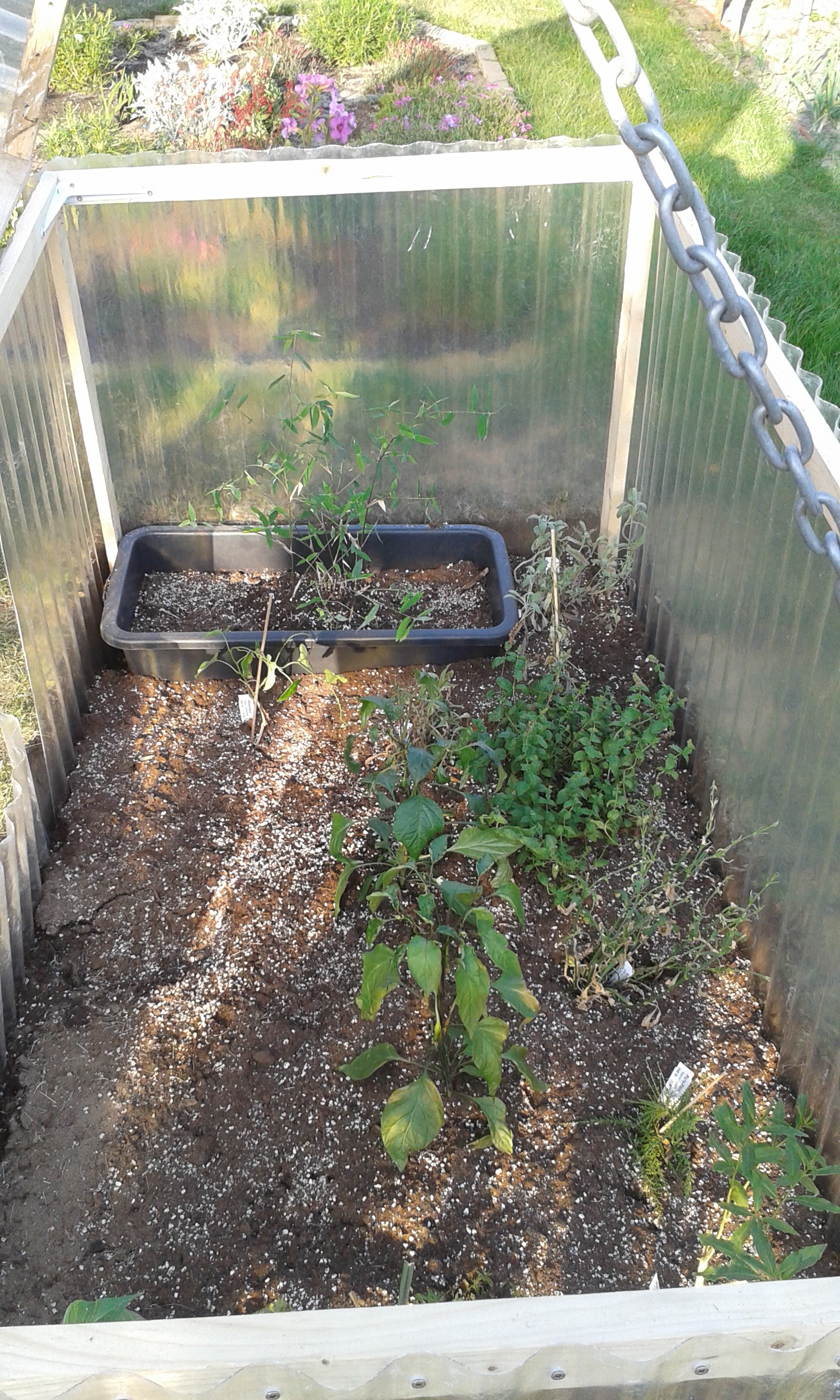 Plants from Top to Bottom:

and some other herbs, i dont have the names anymore. sorry for that.