In space exploration the size and weight of the payload is crucial. Sending stuff to other planets ain't cheap. Space colonisation requires building large structures and habitats for future explorers. Building this structures under very unwelcoming conditions sucks.

But what if we could send automated systems that could build this structures beforehand?

ZBeam (Zipper + Beam) are compact modular units that selv-assemble into larger structures. Each unit contains two reels containing chains of elements. When deployed through a slider this elements interlock perpendicular to each other and create a rigid load bearing L-shaped beam structure.

Furthermore the system is designed to be 3D printable and eventually Instead of shipping ZBeam units to space we could ship mini-factories that produce units out of lunar or martian regolith. 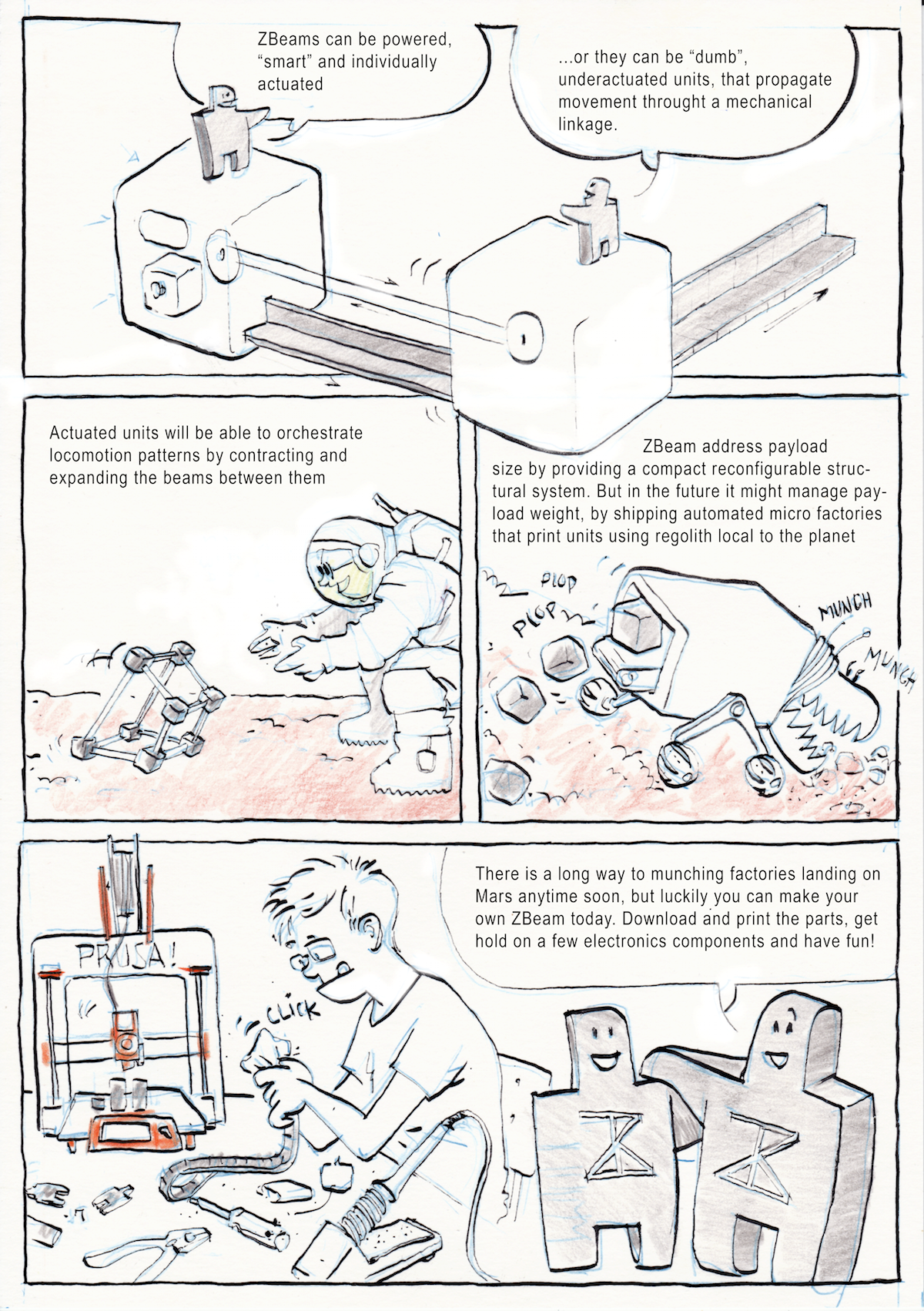 The intention behind this project is to explore the possibilities inherent in modular shape shifting structures. The unit for this system is a cubical component containing reels of 3D printable inter-lockable links. Each unit can control the extension of the telescoping beam.

The project will developing a working prototype for an actuated single ZBeam unit and an idea catalog detailing applications for a collection of units.
The prototype deliverables will include:

The catalog deliverable will include:

If I reach my deliverables ahead of schedule I will start prototyping a basic multi unit configuration for locomotion.

This is looking very useful idea just like Pickup rental Dubai where you can get some best house shifting service.

Thanks. Regarding the payload, this is assuming that at some point in time we nail the tech needed to user martian regolith as 3D printing material (https://www.nature.com/articles/srep44931), until then is mostly about the convenience of being able to ship compact units that can deploy and self assemble into larger structures.

yeah, and its the difference of flying a paper airplane vs a piece of paper. if you can fold it up, its esiear.

are you entering this in the prize? its really cool, you totally should!

Thank you very much, that's encouraging! Yes I plan to submit it to the 2017 prize. Lot's to do thought ; )

AIM: to design accurate cad files of all popular AEG gear boxes and part to allow for easy design of shells for custom made airsoft guns
Project Owner Contributor

Production of Airsoft CAD files for community use