In this project i will document the design, construction, testing and possible applications of an octopodal robotic platform based on the Klann linkage.

I've chosen to use the Klann linkage as it can take over steeper slopes than most other walker linkages, and as it uses only two DC motors, could be more reliable than a robot using multiple servos to control each leg if it were to be used in a critical application.

The goal is to have a sturdy walking platform on which many kind of robots can be built, like an exploration rover, or be used to carry supplies and instrumentation to help with disaster relief efforts...
The whole point of this project is to make a multi-purpose walking platform capable of traversing rough and steep terrain, so when it comes to applications, the sky is the limit [or a very steep slope, but you get the point].

I'm personally building it as the base of a long-term robotics project i'll work on as i study for my engineering degree.

A few years ago i built a little walking mechanism based on the Klann linkage. It worked well enough as a proof of concept, but wasn't useful for anything else.

Now i'm building another one, but harder, better, faster, stronger.

Intead of making it out of brass and small enough to fit on a hand, the new one will be made out of aluminium and stainless, and big and strong enough to carry tools, actuators or a payload.

I'm almost done with the mechanism itself, and it looks very promising.

this is how it looks loke so far: 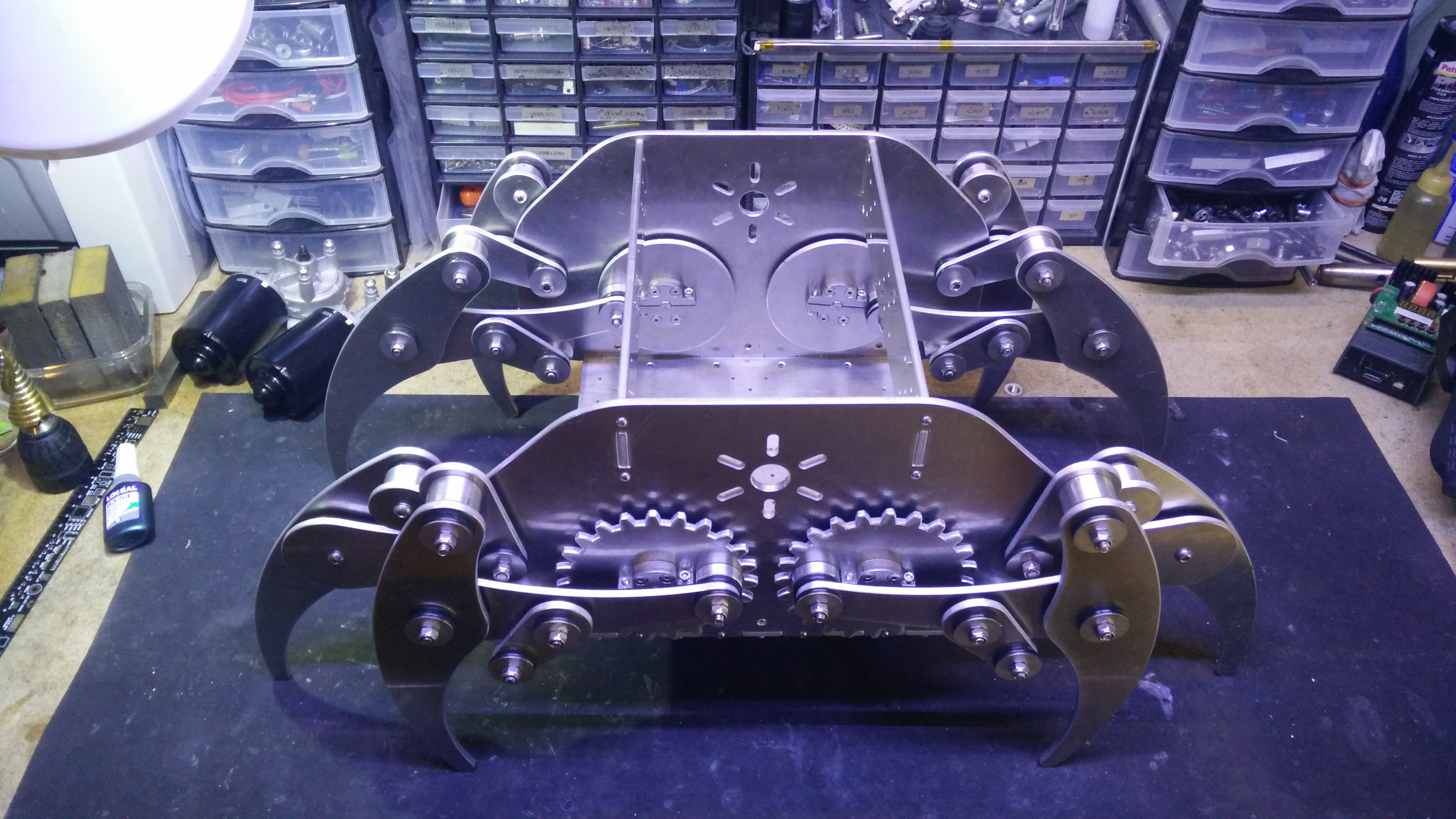 Compared to the brass prototype: 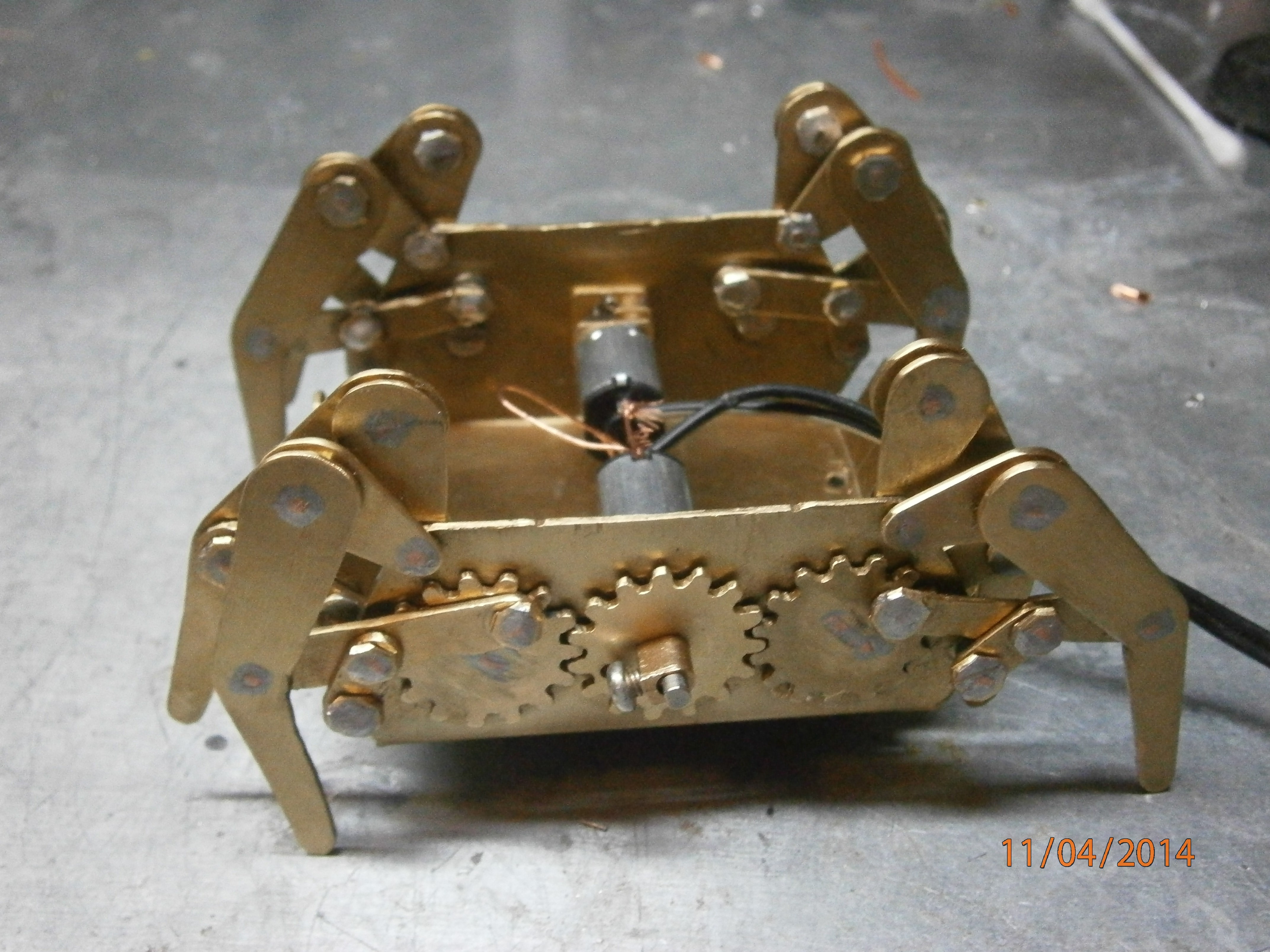 Stanley - the capstan based quadruped kit

Every electronics bench should have a crossbow. First crossbow project on hackaday.io
Project Owner Contributor