Raspberry Pi 3 Desktop a 7-yr-old Can Build & Use

Teach programming, electronics, and mechanics with the Kano Computer and Snap Circuits.

The Kano computer is designed to “to give young people – and the young at heart – a simple, fun way to make and play with technology, and take control of the world around them.” Snap Circuits can help young learners who might find breadboard and electronics a bit to fiddly. We are starting to see an alarming decline of science literacy in the United States. Learning electronics and programming my not guarantee science literacy but they can set a person on the path toward critical thinking. In this project I'll build a Laser oscilloscope using the Kano Computer and screen, the Snap Circuits Motion set, Audacity, and Scratch to each programming, electronics, and mechanics. 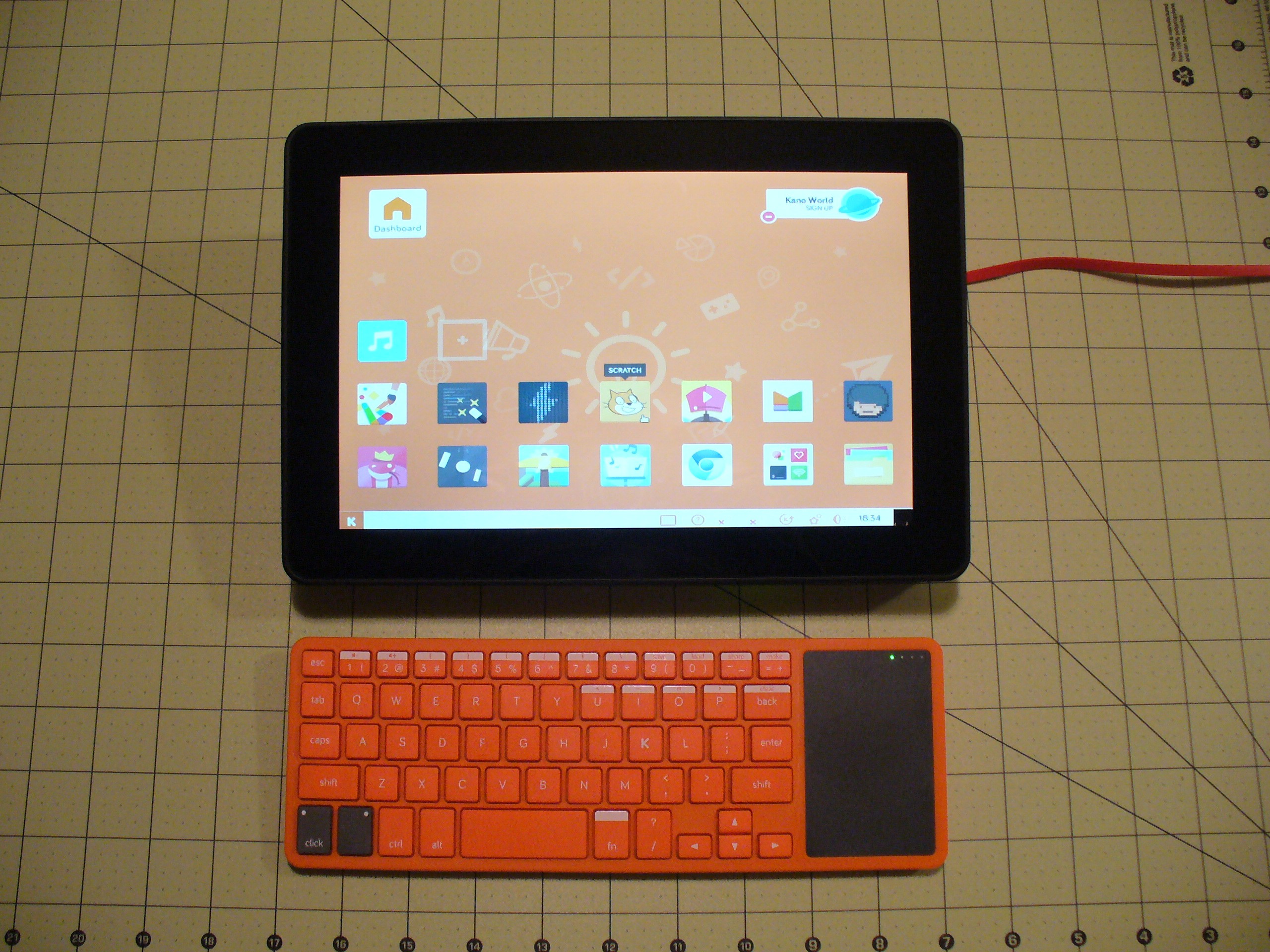 We are starting to see an alarming decline of science literacy in the United States. The US continues to be the most scientifically and technologically advanced nation on earth and continues to lead the world in science and technology output. But as Niall Ferguson, the Laurence A. Tisch Professor of History at Harvard University, observes:

“It’s certainly true that U.S.-based scientists continue to walk off with plenty of Nobel Prizes each year. But Nobel winners are old men. The future belongs not to them but to today’s teenagers....Every three years the Organization of Economic Cooperation and Development’s Program for International Student Assessment tests the educational attainment of 15-year-olds around the world. The latest data on “mathematical literacy” reveal that the gap between the world leaders—the students of Shanghai and Singapore—and their American counterparts is now as big as the gap between U.S. kids and teenagers in Albania and Tunisia." Source

China is catching up to the United States according to the National Science Foundation. Nonetheless, though we have a number of serious issues we must confront such as global warming, we do have immediately pressing issues such as confronting anti-science movements like anti-vaccine, anti-GMO, and chemophobia (think Vani Hari a.k.a. “The Food Babe”).

Lack of science literacy causes fear of GMOs, yet the lives of 2.7 million children could be saved with Golden Rice.

Because of the lack of science literacy, people believe the Measles, Mumps, and Rubella (MMR) vaccine causes autism (it does not). Measles was wiped out in the United States by the year 2000, but “we had 644 cases in 27 states in 2014, the most in 20 years.”

With the impending public health threat of the Zika virus disease spread by the Aedes aegypti mosquito and can be spread by the Aedes albopictus mosquito as far north as the Great Lakes, it may be necessary to use the insecticide DDT. That’s right, DDT. It was banned in 1972 due to pressure from environmentalists based on bad science even though it is safe to use as an insecticide. Millions have died (mostly children in Africa) from Malaria. According to Marc Gwadz of the National Institutes of Health, “The ban on DDT may have killed 20 million children.” DDT is not carcinogenic nor toxic and can be consumed in significant amounts with no ill effects (if you don’t wash your vegetables before you eat them—you should wash them considering how many dirty hands have handled them before reaching your kitchen…ewww!). Of course, the scientifically illiterate chemophobes will intransigently parrot Vani Hari, “there is no acceptable level of any chemical to ingest ever.”

Immunizations, food security, and mosquito control are immediately pressing issues that can save millions of lives globally. Science literacy is the best defense against cranks, charlatans, and pseudoscientific demagogues.

Information Wants to Be Free

So much scientific research is locked up behind paywalls even when that research was paid for with public funds.

There is so much competition for public grants among scientists that they seem to only want pursue research that is "sexy" and likely to published in the most prestigious of journals--even when that research is flawed and sometimes dangerously fraudulent. Andrew Wakefield's MMR autism study was published in The Lancet in 1998 and was retracted in 2010 but to this day people still believe the Measles, Mumps, and Rubella (MMR) vaccine causes autism.

Thanks, abdoulhaq.elhamri16 for liking my project!

this is so good very much

Thanks, Creatively, for liking my project

Thanks, Hacker House, for liking my project!

Thanks, Alysse, for liking my project!

Thanks, markwhi, for liking my project!

Thanks, oshpark, for liking my project!

Thanks, Bruce, for liking my project!

Thanks, Caleb, for liking my project!

The 2017 Hackaday Prize
Lovechild of MP3 & 1940s radio UI. For seniors with dementia who can no longer use CDs & iPods. Good project for kids.
Project Owner Contributor

The 2016 Hackaday Prize
For Pi Day 2016, I’ll demonstrate how to flash a Snap Circuits LED with the Kano Computer
Project Owner Contributor