ASTROGUN is an Asteroid shooting game. The game is pretty simple - the player stands and has to shoot Asteroids that are coming towards him from any direction, before they hit him. A RADAR-like view helps the player locate the Asteroids around him.
The most interesting thing is the display system. We build a HUD - heads up display - which is a display that shows an image overlaid on the background.

Everything is powered through a LiPo battery (in 3S configuration, giving ~11V) which is reduced to 5V by a simple DC/DC converter.

The layout of the components inside the gun body is shown in the picture below. The LCD and its controller are mounted on the barrel. An HDMI wire and an additional power cord (carrying 5V) connects the body of the gun to the barrel. 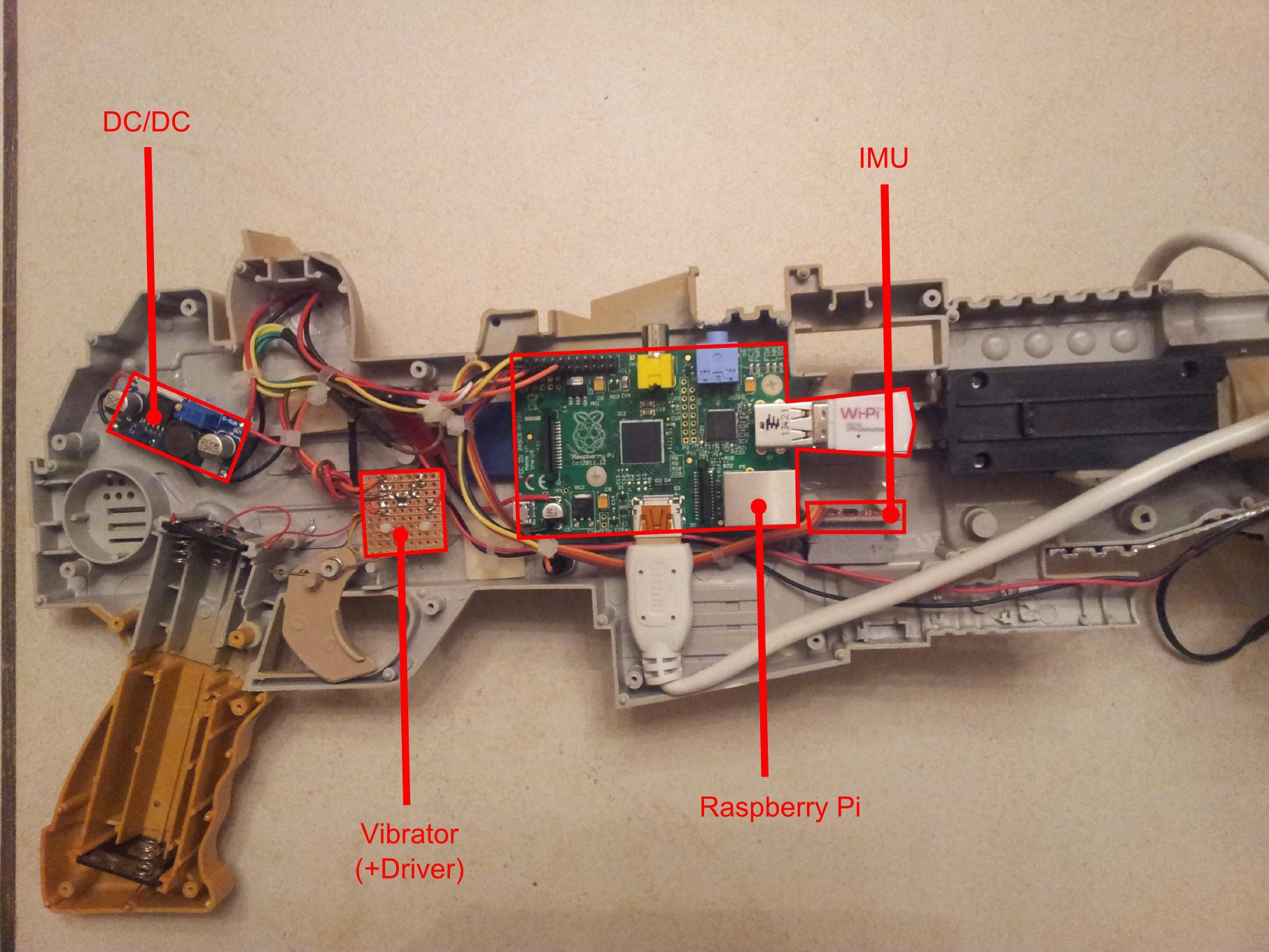 The components were connected to the body using short male-female or female-female spacers. One side of the spacer is glued to the body, to create clean, screw-free look. It was first placed using a small drop of Cyanoacrylate ("super-glue") and then surrounded with a fair amount of epoxy. This configuration seem to work very well and give strong and reliable connection. 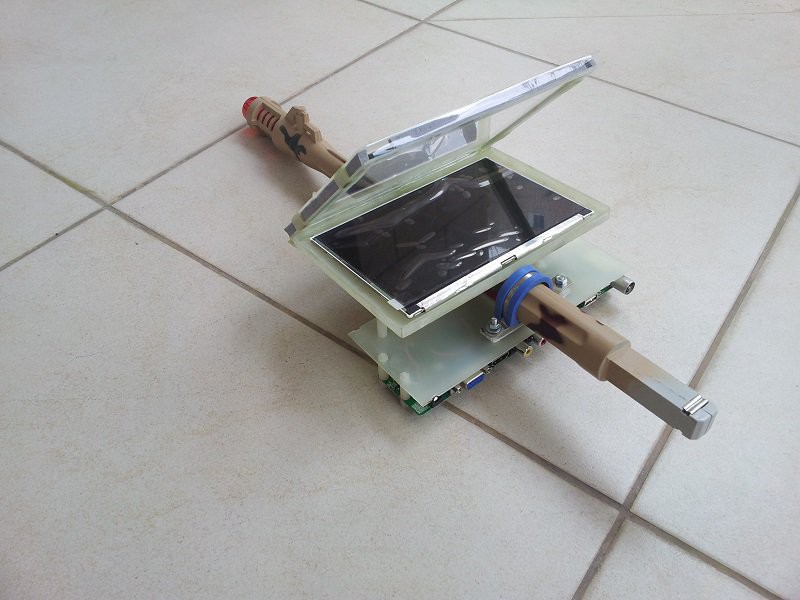 The barrel (which can be removed from the gun body, as seen) holds a glass epoxy structure which holds the LCD panel and the beamsplitter glass. They are placed 45 degrees to each other. The surrounding of the LCD panel is covered by a black painted piece of cardboard (not shown in the picture). The lower side of the barrel holds the LCD controller.

Vicente Benavent wrote 08/02/2014 at 20:24 • point
Hello, does the material behaves well against lights? or you can't see anything if there is too much light on the room?

The 2017 Hackaday Prize
A simple calendar made with e-ink display and stm32 microcontroller.
Project Owner Contributor