Minimal, yet powerful combination of control and measurement tools integrated with an SBC running Python based UIs for science & Engg. Expts

From multimeters to scopes. Your test equipment projects go here!

It integrates a Single Board PC with a real time data acquisition and control unit. The measurement capabilities include Scopes, Frequency Counters, Logic Analyzers, and various data buses.
There also configurable outputs such as correlated sine/triangle/square waveform generators, as well as several programmable voltage and current sources.

Here's where I left off last year :
https://hackaday.io/project/6490-a-versatile-labtool

This project aims to equip educators and budding citizen scientists with a flexible range of control and measurement equipment in a compact, standalone form, with minimal BOM.

It also tries to reduce the dependence of the target audience on proprietary software by including various free and open source alternatives in fully configured form , thereby facilitating the transition to a FOSS environment.

A real-time data acquisition unit combined with analog and digital circuitry is paired with a single board computer that runs the analytics and visualization part using mostly Python and its vast array of modules that achieve just about everything. PyQt widgets along with PyQtGraph handle most of the UIs .

Interfacing with the real world is as straightforward as :

Aim : To study the oscillations of a physical pendulum, and observe the relation of its angle to its velocity. Also calculate the value of g, given the length of the pendulum

The picture shows an MPU-6050 (3-Axis accelerometer + 3-Axis Gyroscope ) hooked up to the I2C port via thin guage copper wires designed to cause minimal perturbation to the oscillations of the pendulum. 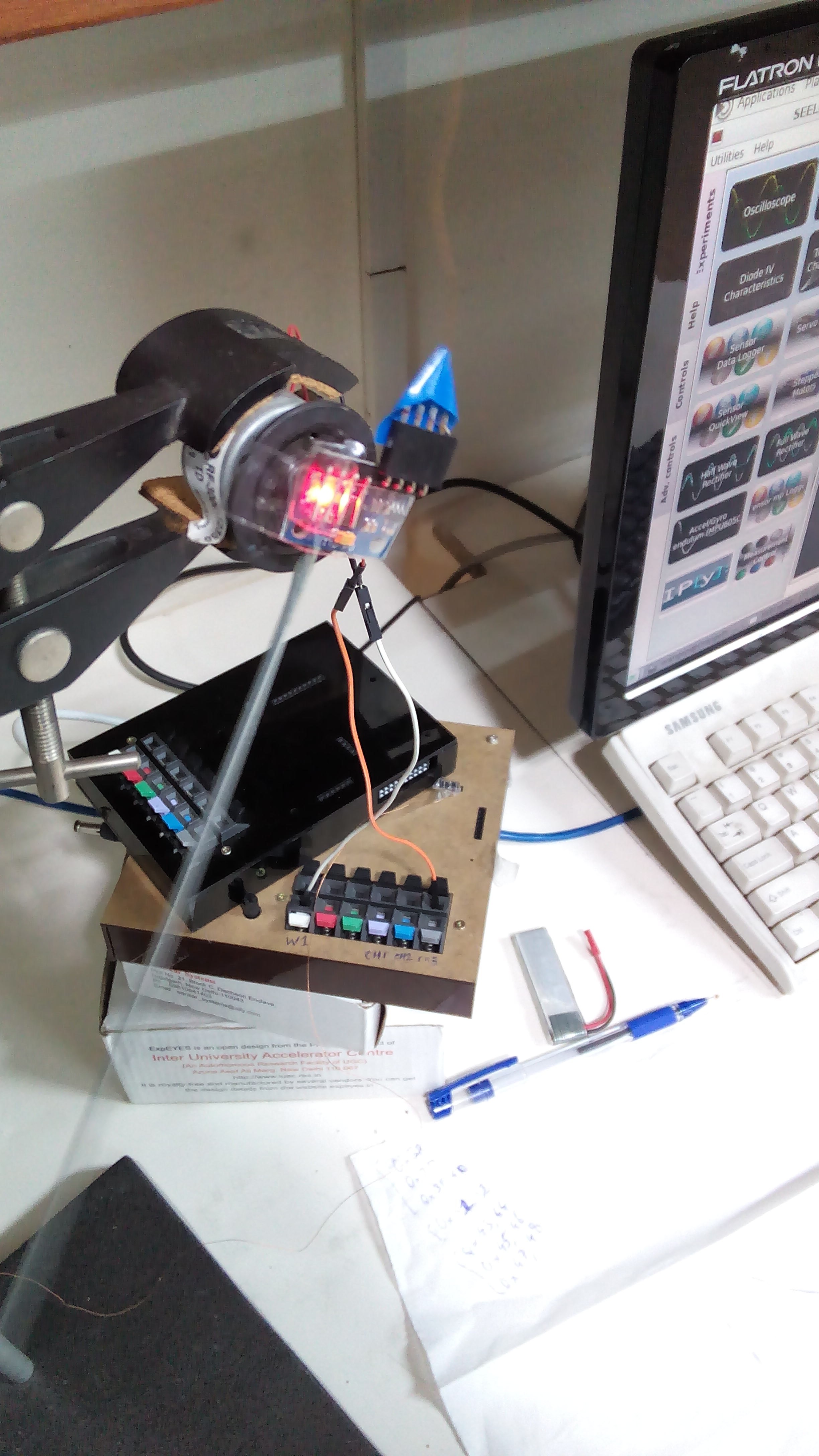 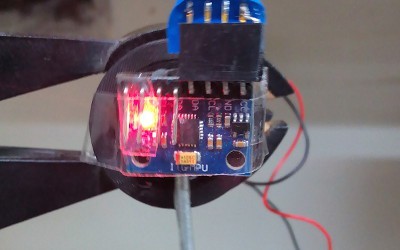 The IC is positioned at the pivot so that the accelerometer can be used to measure the angle of the pendulum accurately using the vertical compoenent of earth's gravitational pull.The gyroscope's values for the axis parallel to the pendulum's pivot are also recorded.

Resultant data : Note that the velocity is maximum at the mean, and zero at the extremities 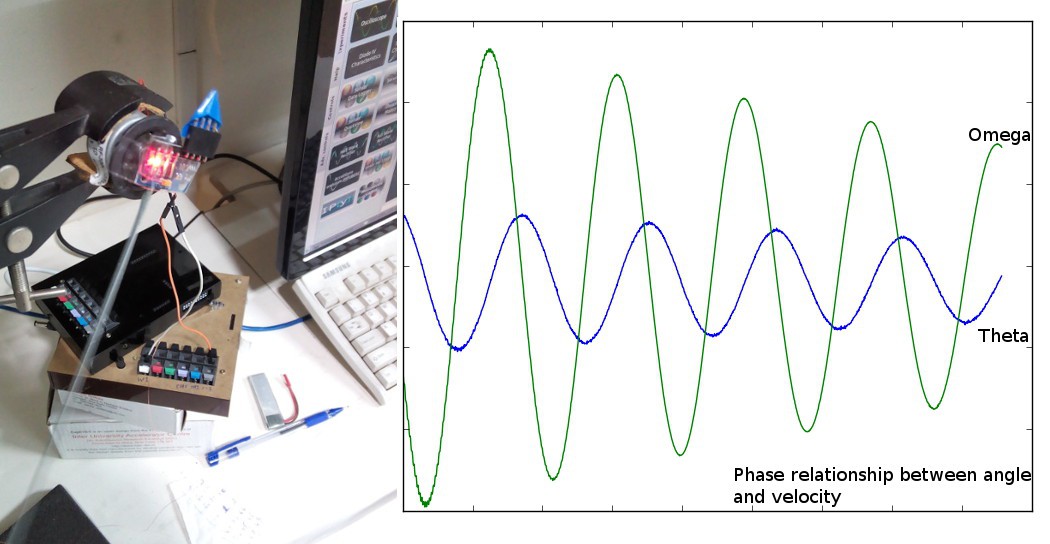 Fourier transform of the modulated output shows a single peak for the carrier, and sidebands with frequencies (carrier +/- modulator ) . Changing the modulation amplitude changes the height of the sidebands. In the figure, CH2 is connected to the modulation input.

Each Experiment window involves an HTML based help file ( replacing the traditional hard-bound lab manual ) , and is available for educators to edit as they deem fit.

The feature list for the acquisition and control portion:

While the library is open source, and most users will eventually spin their own code to develop innovative experiments, numerous graphical interfaces targeting 101 experiments have been built keeping in mind that the majority might not be from a CS background, and may not know how to code. Aim: To observe the phase shift produced by a simple RC network and the corresponding Lissajous figure on an oscilloscope. CH1 monitors the input waveform, and CH2 monitors the output of the RC network. 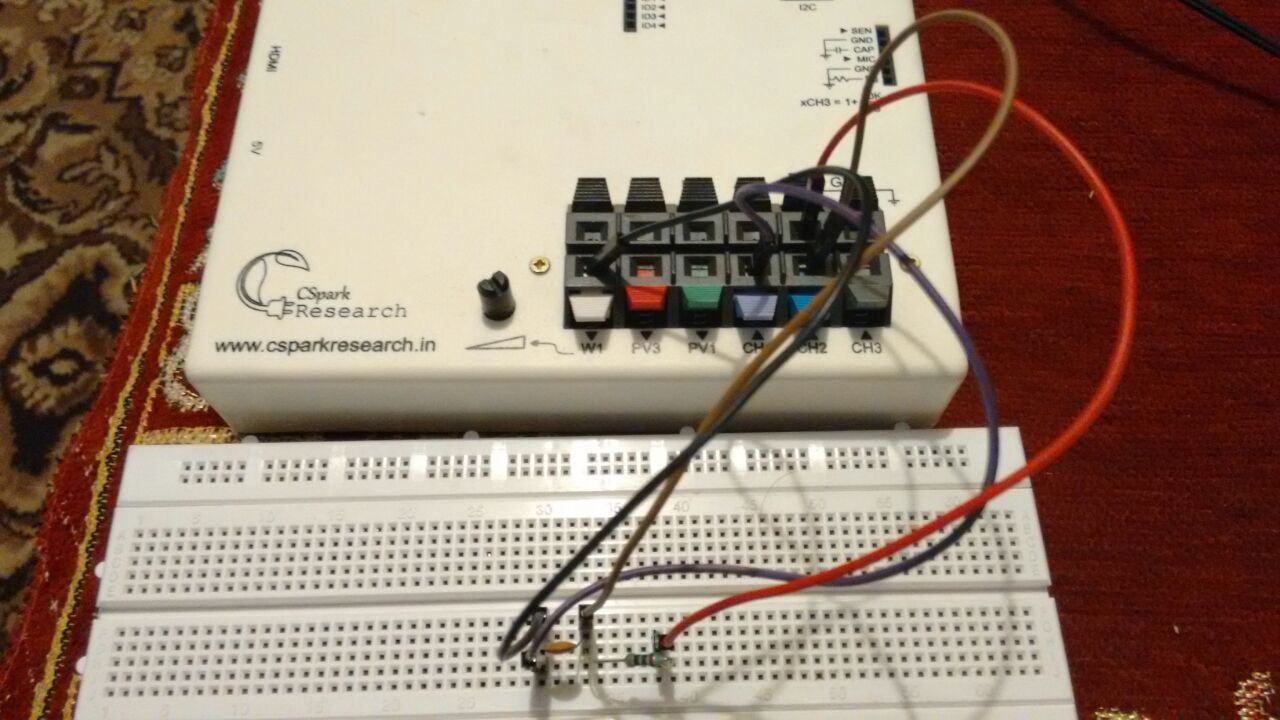 Figure : Schematic. The connections are made according to the schematic.

Resulting Data: The resulting Lissajous figure is a tilted ellipse. 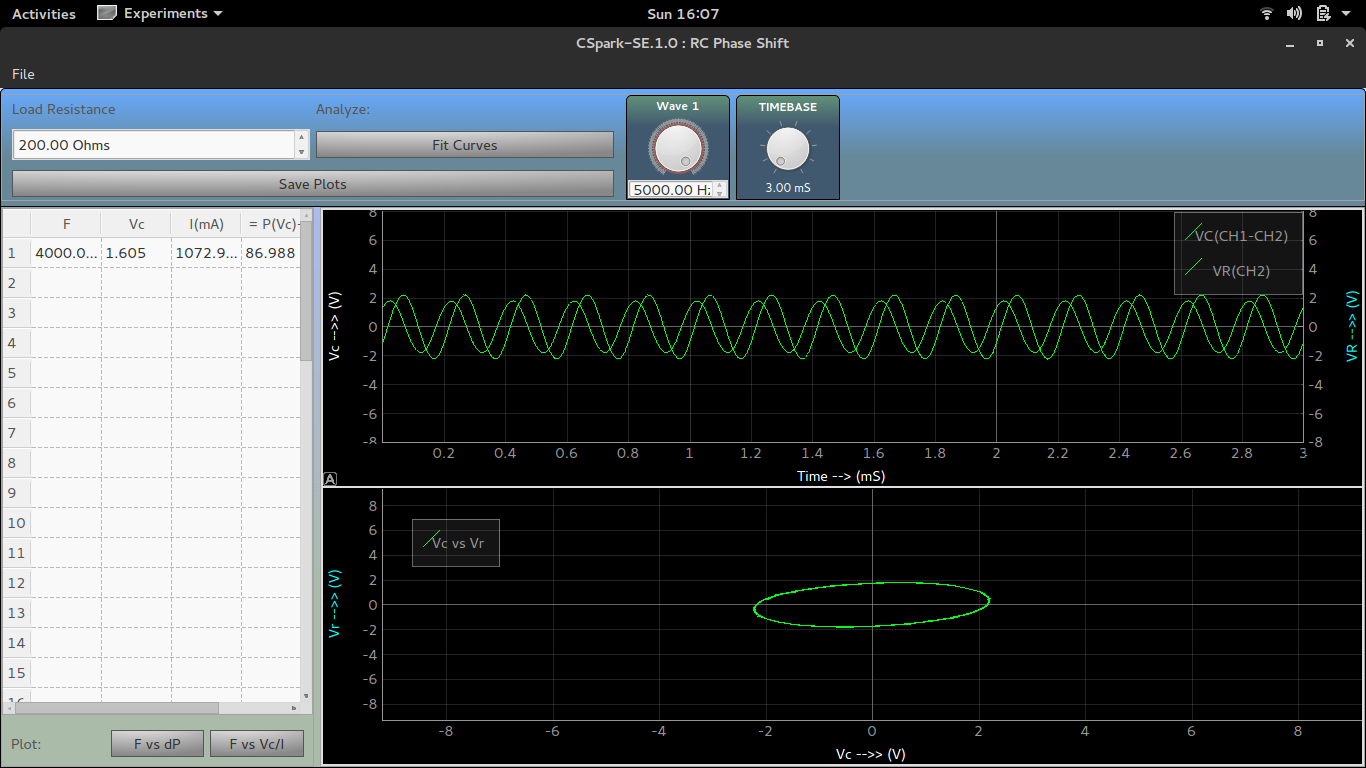 Are you planning to move this into production?  What sort of price point would you be looking at?

I love the concept and the breadth of this project.

I was reviewing the available open source files and can only find schematics for the junior not the 17. And the only firmware seems to be for the 17, not the junior. I know you’re doing a lot of other projects, but would you confirm which version of the hardware/firmware/software is open source?

The SBC integrated version didn't take off as well as I had hoped, but ExpEYES17 is doing well enough

You Might also like KuttyPy : https://csparkresearch.in/kuttypy . Costs 15$, but it's pretty powerful coz of the real-time Python Link.