Replicate an Apple-1. Or an OSI Challenger. Or something else.
Design your own 6502 computer by programming it.

8 Cogs of fun, available in a DIP package

Hardware, Software, BASIC, Music, and other hacks for the 2018 Hackaday Superconference Badge

Building your own computer and knowing all the details of how it works, is (arguably) a lost art. This project lets you build a 6502 computer that helps you not just understand, but also control important details of how it works.
L-Star connects a Western Design Center W65C02 to a Parallax Propeller. The Propeller monitors the address bus and data bus, and emulates memory and I/O devices.
The simplest version of L-Star can be built on a breadboard (see the "instructions" section). L-Star Plus is a kit version of the project with some extra features: it adds a RAM chip, power supply circuitry, and an expansion port.
The kit is for sale on Tindie. Go to l-star.org for more information if you own the kit.

The L-Star project is an open-source single-board computer design that uses a Propeller microcontroller to control a 65C02 processor. You can use it to emulate early 6502-based computers such as the Apple-1 or the OSI Challenger, or you can invent your own 6502 computer. 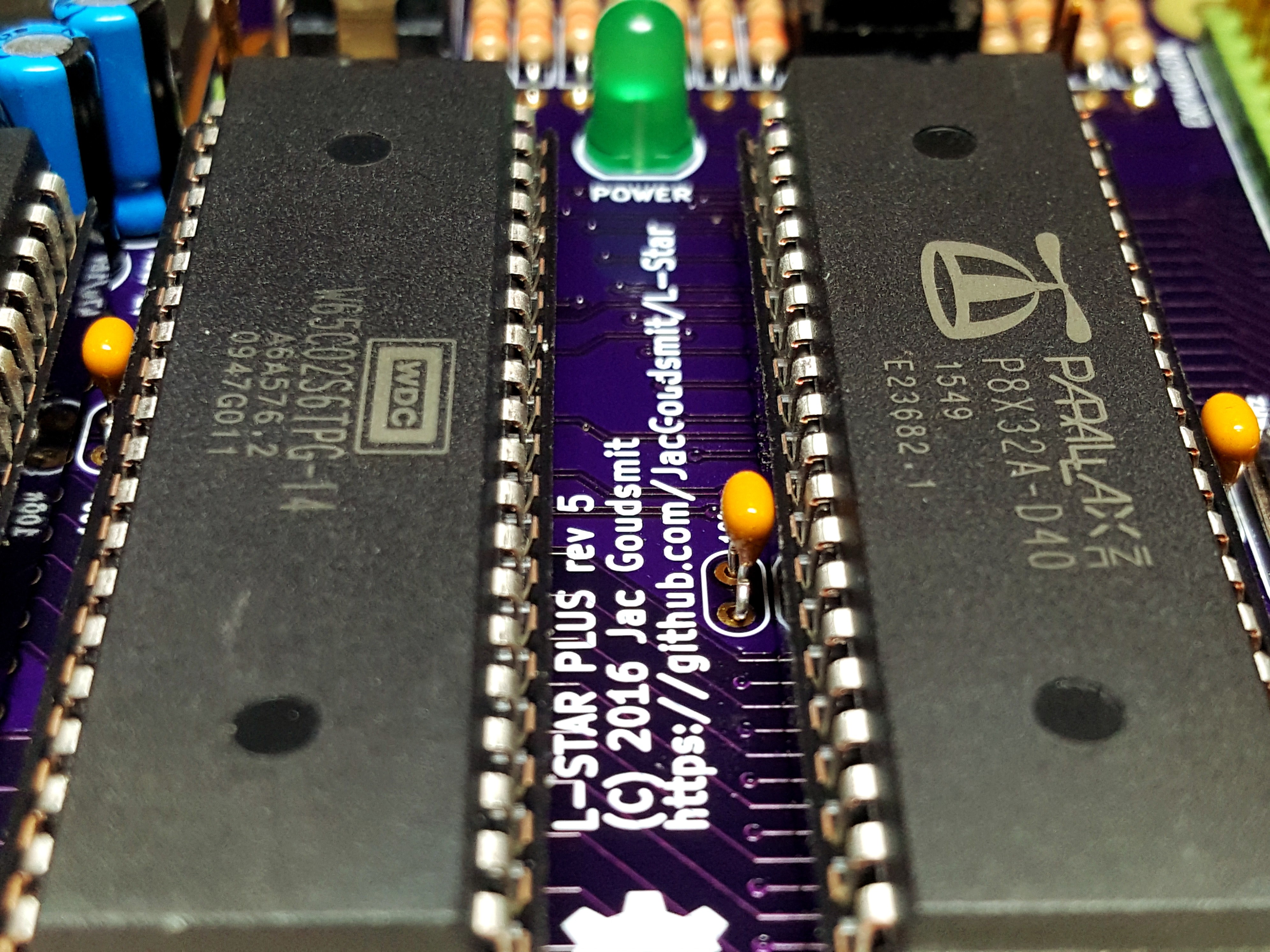 All the parts that are needed to put an L-Star together are available in through-hole packages, so you can build it on a breadboard, or on a Propeller proto board. Or you can order a kit on Tindie (click on the Tindie link on the project page), which has some extra features such as a 128KB static RAM chip and an expansion port.

Melba I is an implementation of the Apple I from parts in my collection.
Project Owner Contributor

Anatomy of a Philips VideoWRITER