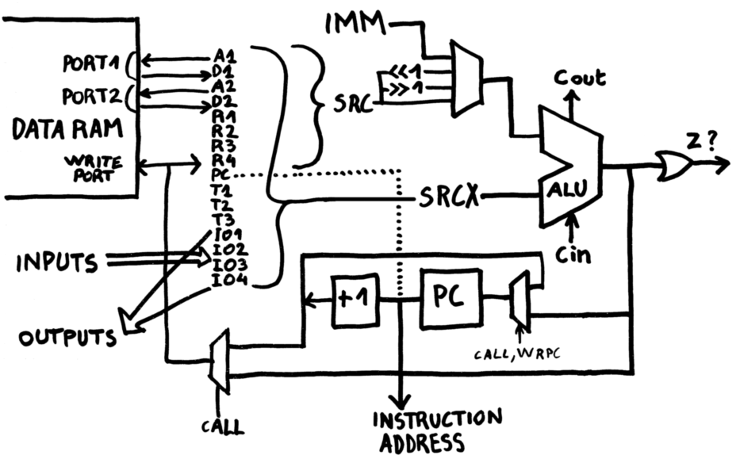 The only way to know is to try !

BTW my development has shifted to the #YGREC8  which is even simpler.

Your work is great !

Thanks a lot! Oh, didn't realize that let me check!

From what I have read elsewhere, leakage increases as rated voltage decreases.

I should have targeted 63V even though they are more expensive, but at least that would decrease the refresh period.

Overall the retention time increases but I still have to implement it fully.

The 2017 Hackaday Prize
Fork of #AMBAP, here I discuss about the physical implementation of the bitslice architecture with russian РЭС15 (see what I did here?)
Project Owner Contributor