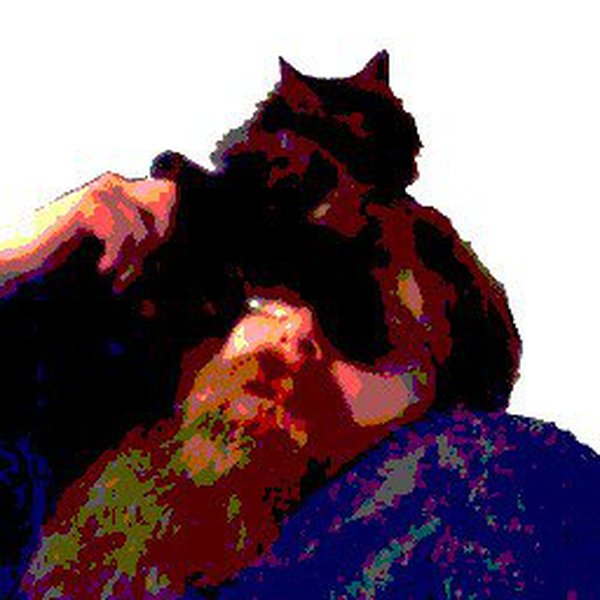 Life-long electronics-enthusiast, picked up a soldering-iron at 6y/o, built a "robot" from an old VCR at 8... got my BSEE. Nearing 40, now, I guess I'm expert-enough to know I know little. Seemingly always in the realm of too much somethingA to be something1, and not enough somethingB to be something2. But, always hoping something I've done will be useful to and/or inspire others...

oh my... did you know "esoteric" means more than just "unusual"? What've I been associating with?!

Seems like a good collection of like-ish minds and perty decent folk.

4.9k 25 6 28
Use a floppy-disk as a multi-frame-buffer, store audio-samples, and increase capacity to boot!
Project Owner Contributor

4.8k 27 25 38
A while back I acquired a rare logic-analyzer, whose lone system-diskette needed backing-up. Now this page is all things OMNI 4
Project Owner Contributor

6.7k 414 6 248
A place for Tindie sellers and the community to meet and stretch their legs
Project Owner Contributor

Get its attention, and it reaches out begging for change, then drops it in the donation-box, and the monkey plays a tune. First motion-control project, three axes, DC-motors with encoders.

Many of these guitars play themselves via MIDI. I did a *LOT* of crimping and soldering on this project. A LOT. My entry into MIDI, microcontrollers, and motion-control systems; learning from the masters who put this together.

Had a huge role in the software/electronics, font-design, some assembly, and much more of this guy... One of the ol water-droplet displays, that spells words and some images. http://www.valleyrecord.com/community/25474554.html

Had a pretty significant role in the motion-control software/electronics of this guy (as well as a minor role in the mechanics) Picture from: http://www.futuremusic.com/news/june2006/trimpin.html

A car that is a gigantic piano! I played a minor role in wiring, some soldering, and some other assorted electronics and a teeny tiny bit of mechanical stuff (turning screws, mostly) for this guy, which went to Burning Man a few years back.

One spring they replaced all the trashcans on campus... so for April Fools, we chased people with one and shot them with a squirtgun. I guess it's one of R2D2's distant cousins.

Sometimes you just have to see a graph while laying in bed... Long ago I added an EL-backlight to my TI-82 graphing calculator. A few transistors for an oscillator, a transformer, and two unfortunately squat EL panels... Still handy today!

Audio Cassette player in your computer!

There's still some good music on my old audio-cassettes. Here I modified an old car-stereo's cassette-mechanism to fit in my desktop computer. https://sites.google.com/site/geekattempts/old-projects

Before streaming-video was a thing, I attempted to make a web-controlled robot... https://sites.google.com/site/geekattempts/old-projects

This was my first huge TTL-based project, handled timing/memory for a 640x200 B/W display, which had to be reverse-engineered. https://sites.google.com/site/geekattempts/old-projects

The SGI 1600SW LCD is one of a kind, and not compatible with any common video-standard. Here I've hacked it to work with a standard VGA-to-LVDS converter. https://sites.google.com/site/geekattempts/home-1/sgi-1600sw

SDRAMthing - Use an SDRAM in "free-running" mode...

Feed back an SDRAM's Data lines to its Control lines and do quite a bit without MCU interaction. Drive an LCD display at full-resolution/color. Use it as a logic-analyzer, and more. https://sites.google.com/site/geekattempts/home-1/sdramthing

Yep, I actually installed a Wacom digitizer behind my PBG4's LCD... Had to hack the BlueToothBee to make it appear invisible to the TabletMagic driver. https://sites.google.com/site/geekattempts/home-1/wacom-tablet-bluetoother

My PBG4 was my main development-system until recently... So I had to make it useful. Here's a whole bunch of hacks: Activity LED, Keyboard Replacement, Antenna hack, https://sites.google.com/site/geekattempts/home-1/ridiculous-pbg4-hacks

I needed some mechanics to test out my unlimited-axis motion-control system, so made some lego drawing-machines... https://sites.google.com/site/geekattempts/home-1/motion-control-and-legos

An AVR and two TTL chips can drive an old laptop-display! Here it's a Mario Power-Up (Question-Mark) box. Hit the bottom and receive a reward! https://sites.google.com/site/geekattempts/home-1/drive-an-old-laptop-display-from-an-avr

14.7k 44 30 49
No LightScribe, no LabelTag. No hardware hacks or gimmicks. A regular CD-RW drive and a regular compact disk.
Project Owner Contributor

8.3k 67 11 73
I am building a computer featuring a 16-bit RISC CPU made of discrete transistors for learning, fun and art. It will be pretty large.
Project Owner Contributor

275 8 0 10
Building a computer into a rather sizable trackball...
Project Owner Contributor

Hey there my man, thanks for the follow/like for #Starburst  :-)

Sorry for not answering your questions from "last year"
:o)

Hey Eric, thanks for following and liking the One Square Inch TTL CPU, https://hackaday.io/project/161251-1-square-inch-ttl-cpu !

Sure-Thing! I see you've a few other prize entries, as well, this year! Good luck!

Hi Eric, thanks for liking #Tannerino!

Right on! 3D printer-upgrades! Good luck with the prize!

Hi Eric Thanks for liking and following my project The Squid! Bluetooth motor control module..

Heck-yeah! Motor-control's awesome. But with Bluetooth? Even better. Good luck with the prize!

Did you also try an example, or perhaps build a small "circuit" yourself ?

Sounds great! Been a bit busier than usual, but I'll give it a try real soon! Good luck with the prize!

Hi! Thanks for the following and liking my project #Fiber optic Power/Link tester !

Sure thing! Good luck with the prize!

Thanks for following and liking my projects :)

Hey there Eric, Thanks for the follow and like for the #Cardboard Relay - Uglytech is getting better :-)

Are you kidding? How could I not like a cardboard relay?!

Hi Eric, thanks for liking the one transistor flipflop, https://hackaday.io/project/112126-one-transistor-flipflop !

Indeed! Was hoping it was possible, glad to see it!

Thanks for the like my man, I've been following UR plight and wishing U strength :)

Thanks, my-man! I think it's working! I mean, if a friggin' tree can fall four feet from me and not even break the windshield, I gotta chalk it up to some sorta good-vibes coming from somewhere. Thanks, yo!

Good morning again Eric and welcome to my Cardboard Computer adventure as well :-)

hey ho Dr. C! been eyeing that bad-boy for some time. Nice work.

Indeed! That's quite an undertaking... and will be a lot of clicking :)

Hey there Eric, Thanks for the follow and like of my Brainwarp project :-) IO is getting busy :-)

Heck yeah! That's a pretty awesome bunch of projects, there. And Brainwarp is a great name.

Create your Hackaday.io profile like Eric Hertz and many others