Doing some hacks in my spare time. 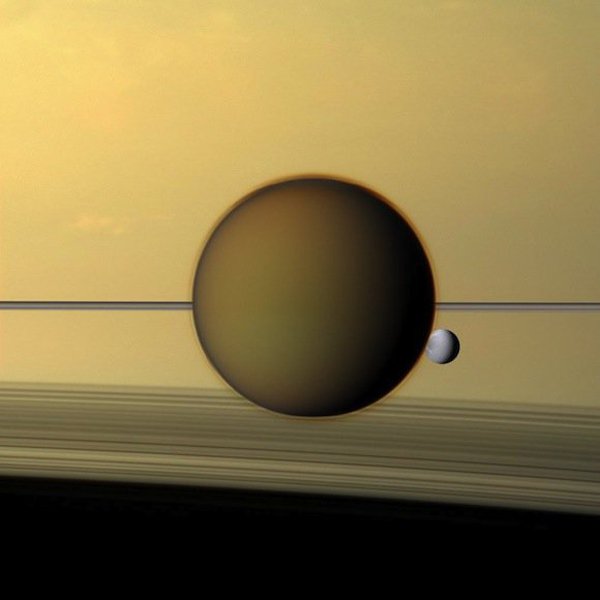 I'm here to share some stuff and meet people.

3.2k 14 0 10
Just because everyone else is doing it with C doesn't make it right ;-)
Project Owner Contributor

Controllers for Processes and Enviroment

5.9k 49 14 47
Want a piece of RISC-V hardware to play with, but are concerning with the price? Why not build one by yourself with a cost less than 10$!
Project Owner Contributor

The Cheapest RISC-V 64 Computer (by Now)

5.2k 56 18 64
I like to call this my smart watch, as it can calculate numbers and show the time
Project Owner Contributor

4.9k 25 14 34
A Microprocesser made in a digital logic family based on the NE555
Project Owner Contributor

4.6k 64 13 57
Combine the speed of a Delta printer with the automation of a conveyor belt
Project Owner Contributor

3.3k 53 14 57
This project uses a phased arrray of ultrasonic transducers to levitate and move a 1mm foam ball to draw in mid-air using the POV effect.
Project Owner Contributor

2.4k 22 4 17
Creating a complete working retro 16-bit computer from scratch in the style of the C64, CPC 464 and alike using an FPGA
Project Owner Contributor

507 8 3 12
using the lm324n quad 1mhz op amp to build simple logic; which are then used to create a simple ALU
Project Owner Contributor

113 0 1 1
UV automatic lamp with timer to light up photoresist (when creating PCB at home) or other UV sensitive things.
Project Owner Contributor

Thanks for liking #Repurposing an old nixie thermometer !

Thanks for liking #Block clock !

Thanks for liking #Reimplementing a 1 bit CPU !

One-bit computing does something useful if one thinks "computation without representation" - the state storage is the real world! Subsumption architecture is very much alive!

That's an interesting way of looking at it.

Yes, algorithms are not easy to explain or convey because they are mental structures that can be far from obvious... but animated SVG take ages to create and HaD doesn't host them. Animated GIFs are heavy...

Thanks for liking #Irreproducible clock !

Thank you for your interest in my TMD-2: Turing Machine Demonstrator Mark 2 project.

Thanks for liking #Restoring a Beckman neon display clock It was very satisfying to get something that had been idle for 3 decades working. It has the pride of place on top of my Hi-fi rack now.

I had never heard of "clock networks" before, and at that time the clock was a real high-tech device (Microcontroller! 16384 bits ROM!). Nice restoration.

I believe there are clock networks that predate electronic clocks. Used in factories, offices, etc. One of the methods used on motor driven clocks was to send a signal over the wire to reset all the slaves at the stroke of midnight.

Thanks for liking #A data indexing exercise !

Thanks for liking #Adventures with a STC89C52 development board !

Thomas good afternoon.
My name is Marco Antonio, I'm Brazilian I sent a private message to you because I really need your help in a project of yours.
My email is marcomedeiros@me.com and whatsapp +5511982868388

Thanks for the like on the VDC-II core project.

Thank you for sharing so many interesting projects ;) !

Thanks for liking my #Homebrew CP/M-computer powered by Arduino Nano !

Thanks for liking our MAX32660 Motion Co-Processor project!

I like the mix of things you are doing.  I wish I had more time to try all of them myself.   I will see if I can squeeze in some time looking at Forth, since I think the main limitation right now is software.

For several things I am doing, I need high power, very linear (or at least repeatable) power and field settings.  It is precise and reliable operation that I am mainly interested in.  Power plants, aircraft control systems, environmental controls, factories, cutting tools, robotics.

Have you run across a programmable resistor capacitor and inductor?  I know there are ten million pages on the web with clues, but I would rather have one bit of knowledge based on someone's real experience than a million people writing about it.

Hi Richard, I did some embedded control with hydraulics in the past but to make it "precise" a lot of technical know-how is required.

Programmable resistors and inductor - depends what you mean by programmable. Does that include mechanical setting? Which bandwidth is required?

What I am trying to do, is to shorten the time it takes to go from "sketch", "idea" or "hackaday.io project" to a precise operational system.  By tackling what happens with the data or control signals.  Generally is mostly means - record the data, have the data sharable and where you can completely trace its pedigree - where the data comes from, what sensors, and analog stages, its digital stages, any assumptions or known noise sources, any shortcuts used.

I am now working with RF fields in the audio frequencies, so basically below 10 MHz (ultrasound routinely goes into the MHz and some GHz).  I am looking at using 384,000 sps at 32 bit wide DACs that are fairly cheap for USB audio output . The 32 bits allows very tiny steps between the levels. The 24 bit 192k DACs are cheap $20 - https://www.amazon.com/PROZOR-Digital-Converter-Supports-control/dp/B06XDLCHY7

But I do not know what games they are playing with this signal.

Getting that into a power amplifier (?) and driving some motor or process is part of it.  But measuring the response of the motor and its loads needs to be at similar levels of precision.  I have lots of things I follow, so I apologize it is hard to simplify that in a few prototypical examples.

In a given day I might see twenty different applications of control systems - all using the same strategy, but one is working at picovolts on optical processors, another kilowatts in a phased array of lasers, and another on an ASIC chip. Exact same method, mathematics, data handling, same challenges and problems - seemingly totally different problems.

Any sensor should bolt right into a system. Add standard amplifier and ADC stages, store the data, process and share it.  Document and track the entire process.  On the output side, the same.  If you say "motor increase current by 0.43587 Amperes", then you need to monitor and measure whether that happened and exactly how it happened and when.  So the precision is in logging and monitoring and verification.

I am in the middle of something, sorry to be so terse.

Thanks for your like, especially appreciated coming from an eForth expert.

I like your projects for doing things with cheap modules. At those prices one can afford to experiment and not feel bad about losing a few. And eForth is just suited for these tiny MCUs. The only drawback is the long shipping time from China. 😢 I'm still waiting for some ICs bought 6 weeks ago. They did warn me it might take up to 40 working days (8 weeks). I guess one should stock up with a few generic modules to play with.

Thanks :-) Several experienced Forthers told me that STM8 eForth is a balanced approach for doing not-too-simple things with easy-to-work-with technology.

Working with cheap boards is fun, but sometimes it's even better to make one. Shipping time can be a problem but I tend to think of it as "delayed gratification" :-)

Create your Hackaday.io profile like Thomas and many others